Studio AKA is a multiple winner of BAFTA (British Academy of Film and Television Arts), Emmy award recipient, and Oscar-nominee. Based in London, the independent animation studio created and produced the hit pre-school children series “Hey Duggee”, as well as a myriad of TV commercials, title sequences, and short films. 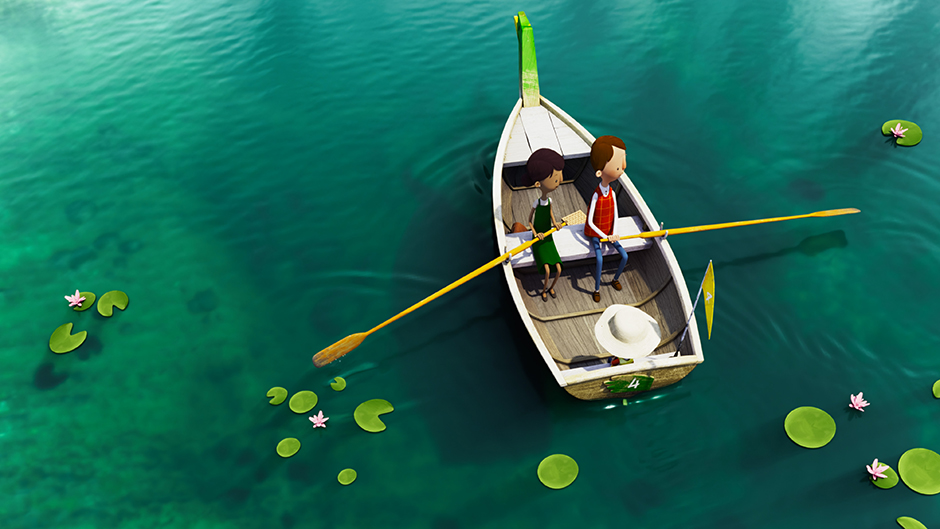 Scene from Studio AKA’s 2020 Production: “Here We Are: Notes for Living on Planet Earth”

What did Studio AKA require?

The requirement for high spec monitors came into play when Studio AKA were commissioned to create a half-hour, fully CGI animated children’s book adaptation, which required rendering and production in 4K UHD, HDR format. Fabrice Altman Senior Technical Director at Studio AKA, commented, “When we started looking at options for which monitors we required to produce such material, EIZO quickly became our preferred choice. Importantly, we wanted to be able to look at the material in an AVID edit suite and at the same time have lighters and compositors work on the same type of monitors. This factor was key to us, and with incredibly tight deadlines, we needed to be able to keep display discrepancies to an absolute minimum, especially knowing HDR has such a vast color gamut.”

The EIZO ColorEdge CG range was just the solution for Studio AKA. Fabrice Altman continued, “We could have the 4K ColorEdge CG319X sitting in the edit suite and review room and have the smaller ColorEdge CG279X distributed over our CGI artists desks. Another significant part in our decision process was the accurate technical information on the EIZO website regarding the monitor’s display, especially HDR capabilities, which included an approved and tested cabling schematic on how to hook to the AVID. All these factors ticked a lot of boxes for us, and when we got in touch with Escape Technologies to make further enquiries, they also confirmed this was the best option we could get for our needs, so choosing EIZO became a no brainer.”


What benefits have Studio AKA found since the installation?

“The monitors have made a monumental improvement to our workflow. We can view and produce 4K HDR material, the artists feel they can trust what they are seeing is accurate, and the self-calibration feature is excellent, making sure the crew is always looking at things correctly. The after-sales is also great, something which for us is a valuable asset to have in place. We found the team listened to our needs and made efforts to accommodate us as best as they could,” said Fabrice Altman.