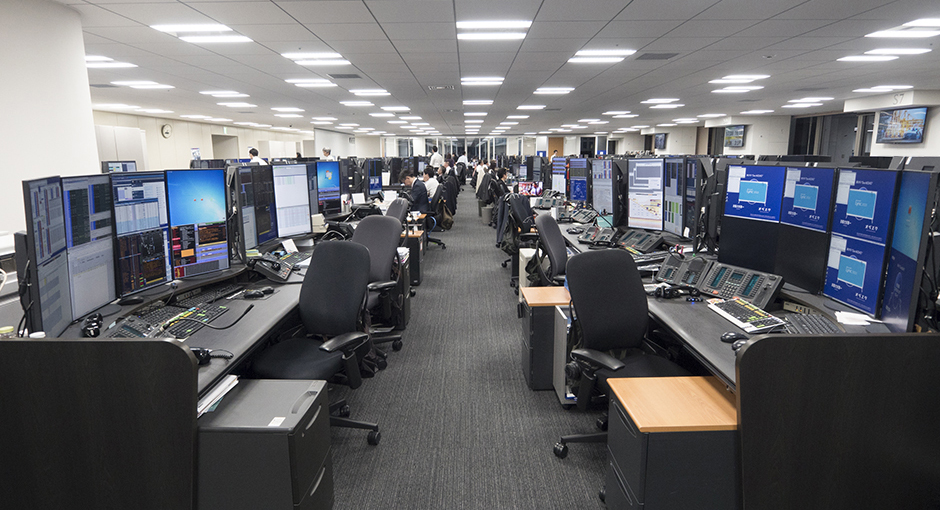 The previously used 19-inch LCD monitors were made by EIZO, so when it came time to renew the facilities, EIZO told me about the FlexScan EV2750 – which at the time had not yet been released to the market. The FlexScan EV2750’s 27-inch screen can be divided into two using the Picture-by-Picture function, which is the equivalent of using two 19-inch monitors. We decided that this would solve a lot of the complications we had in the past and began considering it as an option.

The flexible stand and frameless design lead to greater benefits 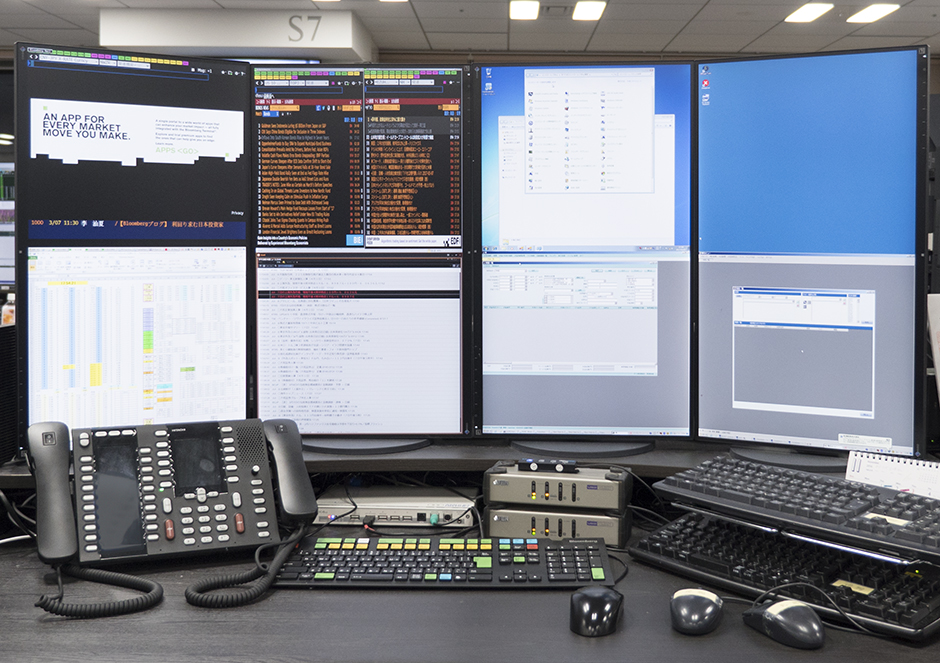 With the FlexScan EV2750, the stand height can be adjusted and the monitor rotated. We took advantage of this feature to arrange four monitors side-by-side in portrait position.

With the Picture-by-Picture feature we were able to maintain eight separate display areas while only needing four monitors – ultimately turning eight 19-inch monitors into four 27-inch monitors. And by using a dual output compatible video card, we are able to display information across multiple monitors.  Thanks to this the freedom of the screen layout has significantly improved, making it easier to fit the various needs of our traders.

Additionally, because the bezels of the FlexScan EV2750 are so thin, there is very little space between the screens when arranged side by side, making it easier to move one’s gaze between screens. I believe that this has led to an improvement in work efficiency in the office.

With this manner of monitor arrangement, we were able to create a clean, connected floor space and dealing desks where communication between traders was smoother. 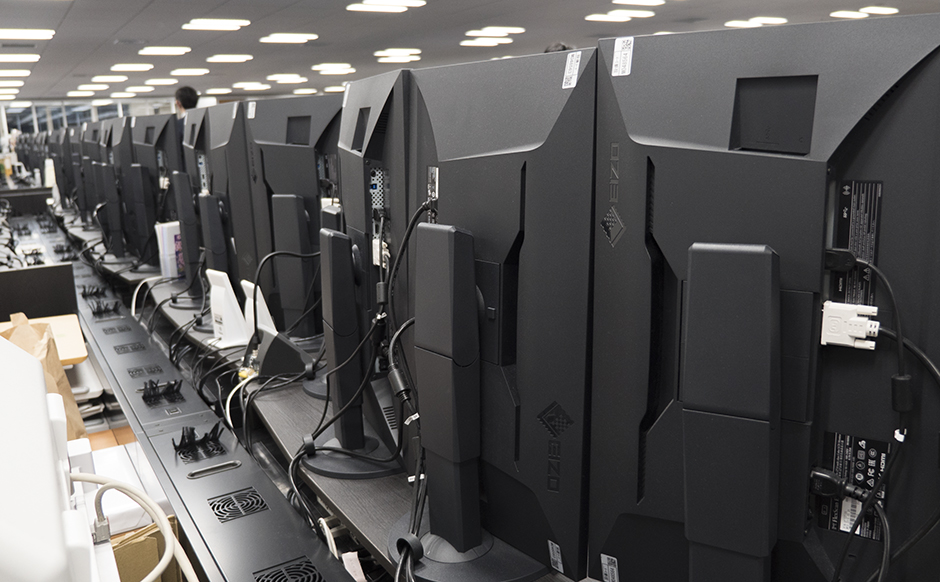 Because mounting arms were not required, we were able to reduce costs and labor during installation.

In the future we believe it would be great if EIZO could continue to improve the efficiency of the Picture-in-Picture function with an increased number and type of video input terminals.