Printing director Tsutomu Kojima, one of EIZO’s ColorEdge Ambassadors, has long been using ColorEdge for his work. We talked to Mr. Kojima about what he sees as important when creating works and his experience using ColorEdge. 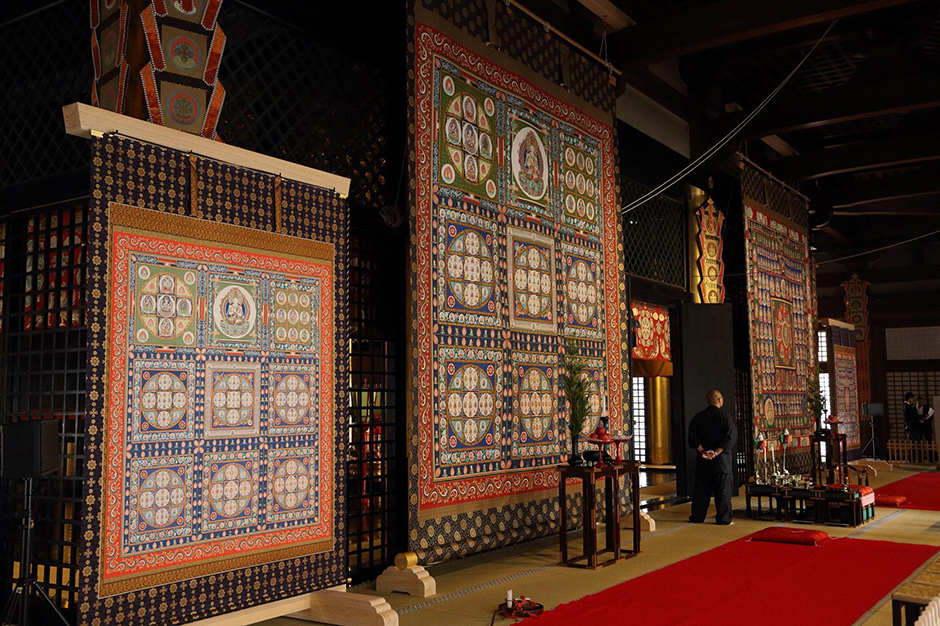 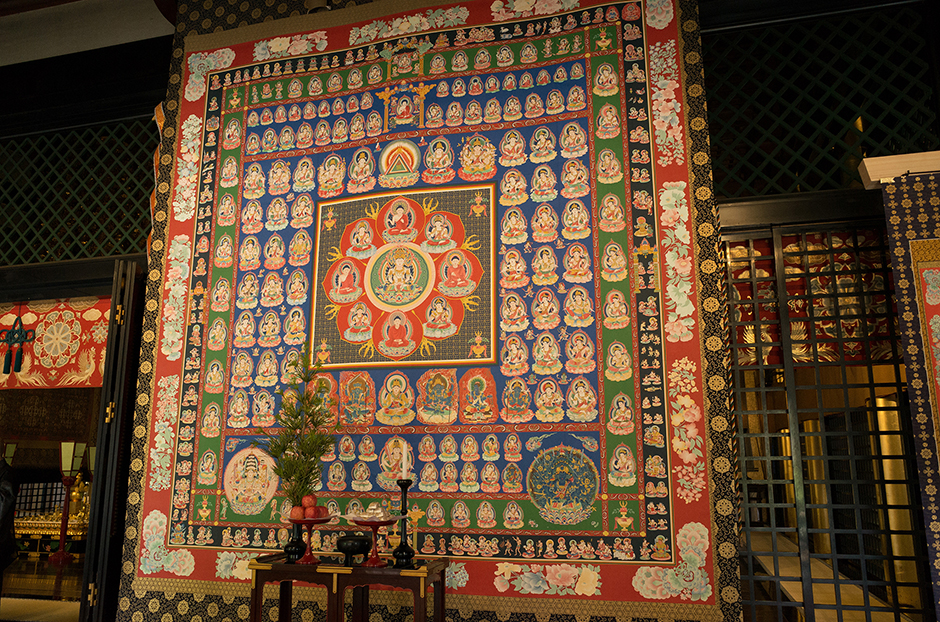 The mandala was brought to Japan from China by the monk Kobo Daishi where it would later be told that the military leader Taira no Kiyomori restored it using his own blood as paint. This gave it the nickname of “Blood Mandala”. The original piece is housed at Kouyasan (Mount Kouya).

To share this important cultural asset for generations to come, the Kouyasan Kongobuji Temple and TOPPAN PRINTING CO., LTD. worked to create a replica over a period of 8 years. They referred to various written works and consulted experts to portray how the colors looked originally. It was finished in July of 2015 and dedicated to Kouyasan.

What do you see as important when creating works?

I make prints for various fields, specifically illustrations, photographs, and cultural properties. What I emphasize is different in each. For example, when it comes to photographic works, I want to stick as closely as possible to the photographer’s intent when giving shape to the photograph as a printed work. Specifically, this is about how to determine the course of action from paper selection to retouching. There are some people who have a clear picture of what they want from the start, but there are also some who probe into the expression while taking into account how I feel about and interpret the photograph as a printing director. As two professionals, we square off with each other about the expression. I try to maintain a relationship as equal partners, because I have a heavy responsibility with respect to the finished work. The final product is printed on paper, but the monitor has to be up to par as the gateway to capturing the feeling. I believe that’s where communication begins.

What has been your experience with ColorEdge?

The first ColorEdge I used was the CG21. I think it was around 2005. It’s hard to put into words, but my impression was that the screen display was graceful, and I remember being surprised at how elegant it was. It was easy to use and easy on the eyes. Before the CG21 it was common knowledge that you didn’t rely on the monitor for the colors, but with the improvements in color management of ColorEdge monitors, I can now focus on creating works on the monitor until I’m satisfied.

I currently use a MacBook Pro 15" Retina and connect to the CG247 in clamshell mode. The size of the 24-inch model matches my style, and it’s a good size for bringing with me for on-site work with cultural properties. The ideal is the 27-inch CG277. I use the Wacom ExpressKey Remote as a gadget. I’ve assigned keyboard shortcuts for apps like Mission Control, Spaces, and Photoshop to the remote so I can have my left hand wherever I want it while performing operations. When there is a photo exhibition, I have to work with a large number of pieces. I try to keep a comfortable posture and minimize the physical strain while maintaining a balance with left-hand operations.

Recently I’ve been thinking that a deeper monitor hood would increase the feeling of immersion. I also thought it would be nice if assembly was easier, and the latest model is quite easy to assemble. ColorEdge is a reliable partner that provides powerful support for creativity.