A native from the flat Pampas in Argentina, Tommy Heinrich has been photographing and documenting ascents to the highest mountains in the world for more than 30 years. He has been on countless expeditions to the Himalayas, the Andes, Patagonia, the High Sierra and the Rockies, photographing remote and faraway places, steep and vertical walls, cold and windy, isolated and rugged terrain. 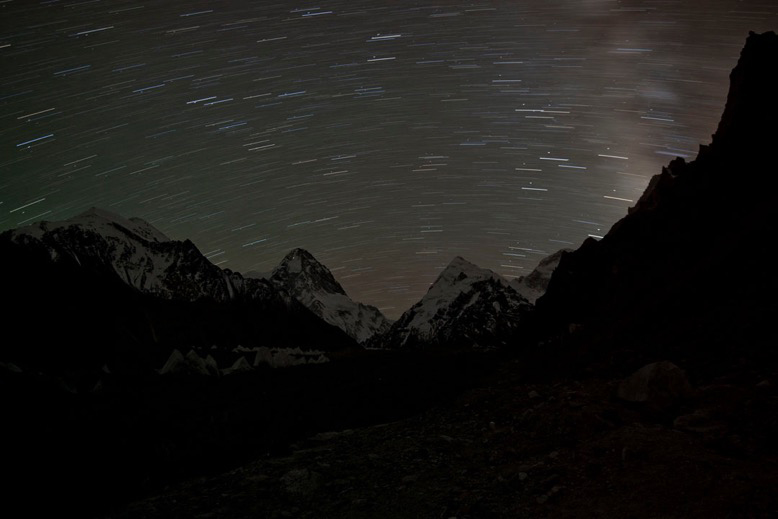 A National Geographic photographer, Tommy has worked with some of the best mountaineers, climbers and adventurers of modern times. Krzsystof Wielicki from Poland (the first person to reach the summit of Mount Everest in Winter and the 5th to complete the ascent of all mountains above 8, 000 meters) asked him to be part of their expedition and photograph the winter ascent of Nanga Parbat in Pakistan, still unclimbed during the cold season. And when Kaltenbrunner from Austria, set off to do her final ascent of K-2, she relied on Tommy to photograph her climb. With no high altitude porters or supplemental oxygen through the remote North side of the mountain, the small but very strong team put four members at the top, while three of them completed their ascent of the 14 highest mountains in the world. 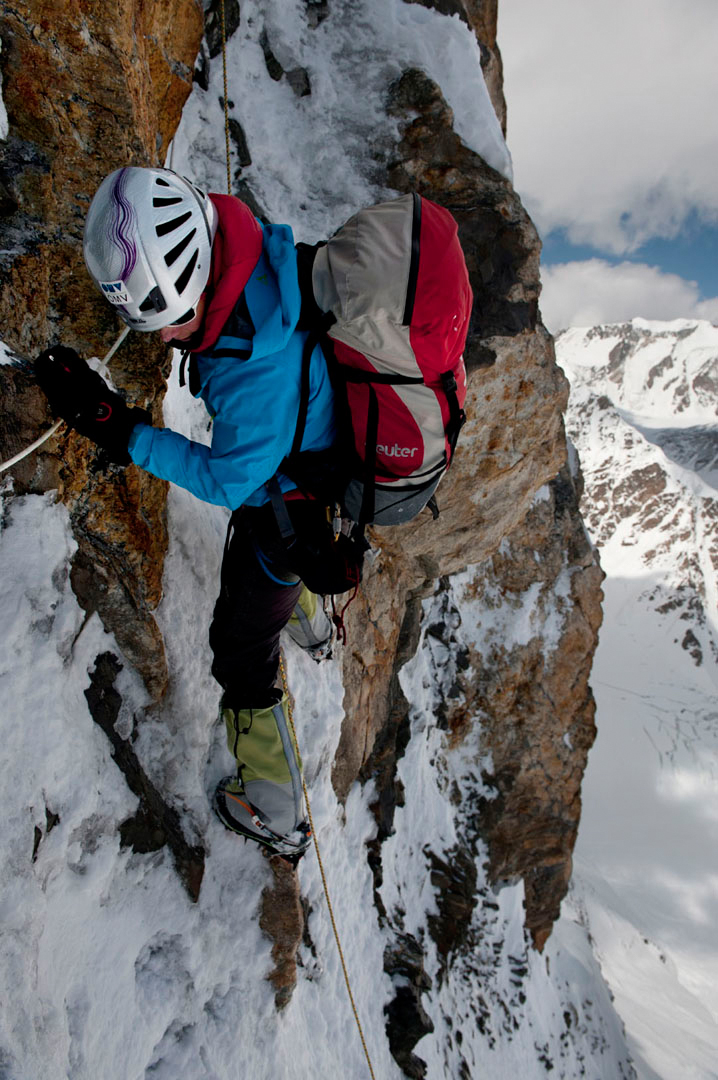 Gerlinde on the vertical wall, K2

“Taking my camera has always felt natural, an extension of the body” even while carrying heavier loads on the mountain and at high elevations, where every ounce counts in the rarified air. “Climbing has been part of my life for decades, photography since my father gave me the first camera at 9 yrs of age”.

I don’t set up the images, but anticipate the situation, trying to move around my teammates. During the climb, it is most often necessary to climb ahead of the group, faster and at a strong pace, and then stop letting others pass while shooting (and panting to recover the breath) and again, move fast to catch up and move ahead of them. “It is the best way to obtain images from different angles and points of view, avoiding the butt shot”.

Often untying from the rope to get different perspectives entails exposing oneself and taking greater risks, it demands being a solid and fit climber as well as a proficient photographer to return home… and with good pictures. Dramatic images require pulling the camera under difficult conditions, like severe storms, extreme cold or strong winds, even harder to do on vertical walls or high elevation. 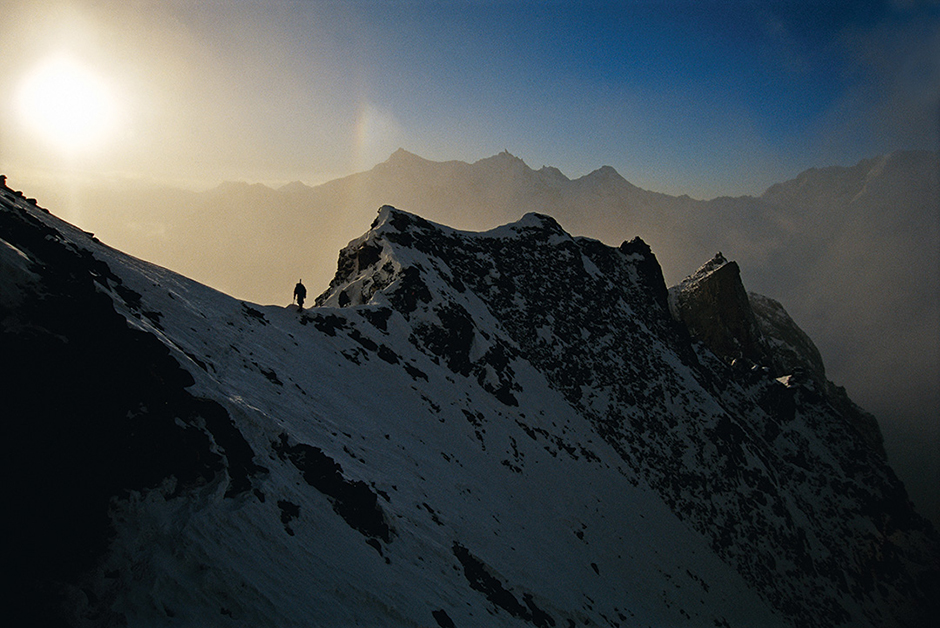 Spending months in the outdoors, walking through lush valleys and deserts during the approach march to the mountains, or sharing the slopes with other climbers and porters, allows Tommy to get an intimate portrait of the peoples and natives of the region, capturing in a distinct style, cultural contrasts as diverse as the Sherpa of Nepal’s Khumbu region, the Balti people of the Karakorum, the Uigurs in Xijniang’s Taklamakan desert, or the Gauchos of Patagonia. 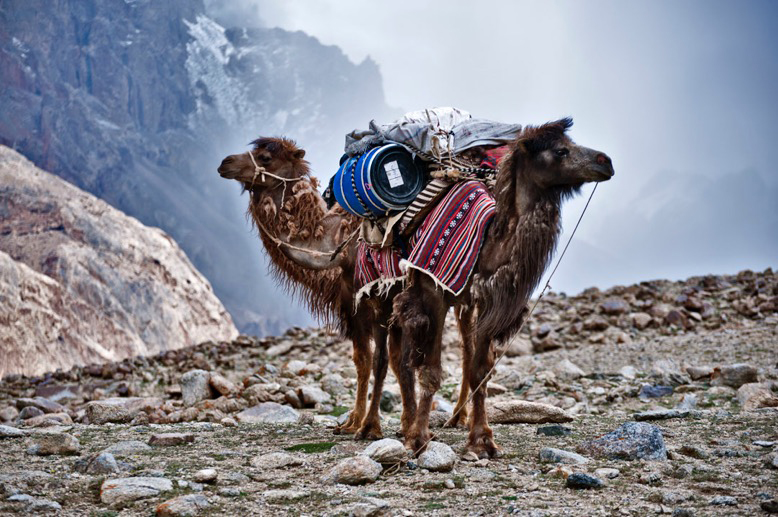 
“I’ve always felt much more comfortable shooting in the outdoors, than sitting in-front of a computer.”
“Coming home to work on the images used to be a greater challenge than overcoming the steepest slopes, a lot more appealing since acquiring the ColorEdge CG277 monitor“

I continue to shoot with digital cameras in the same way I did with film, composing and exposing the image as if it were the final product, and edit accordingly. “What does not look good at a first glance goes to trash”.

“I still barely know how to work with postproduction programs, and don’t like manipulating the images. If anything, I might color correct them”.

The ColorEdge CG277’s amazing color, quality and accurate image viewing have made a world of difference in the day-to-day workflow. And its Self Calibration made my life simple, but above all it gave me the confidence and needed trust while editing the images. “Being able to see and trust the image on the monitor is really important, as it is mostly when I define what I keep or not, also what will be published or exhibited.” 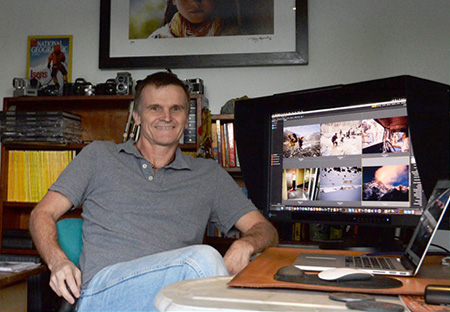 Tommy Heinrich with his ColorEdge CG277

Uniformity From edge to edge is essential to working with confidence while viewing the images.

“Being able to color match the ColorEdge CG277 with the monitors at the lab I work with in Buenos Aires, or the book printers in Pakistan and China, has been essential when preparing the prints for the photo exhibits and approving the final version of the book Pakistan’s Golden Thrones, finalist at the Banff Mountain Film and Book festival.”

While at home in Buenos Aires, Tommy combines his time offering corporate speaking engagements, preparing photo exhibits, or covering diverse subjects such as polo championships and the natural life in remote areas.

With photo exhibits at Lahore’s Governor’s House and the National College of Arts in Pakistan, or outdoors exhibits in Shanghai’s Zenday Himalayas Center and Songjiang’s Art Museum in China, or the Centro Cultural Borges in Buenos Aires, Tommy has been decorated by Argentina’s President and a jury at The Banff Mountain Film Festival.