"The Reel Life" Shares Their Story with EIZO | EIZO

EIZO is thrilled to share this exclusive interview with the crew of “The Reel Life” – a television series chronicling the tragedies and tri­umphs of The Division. The group is a video production company located in the small town of Springfield Oregon, that dreams of becoming a full-fledged entertainment studio. We had a chance to catch up with the team, to get their thoughts and experiences in the business of TV production, and discuss the necessary technology and support in order to create a successful and dynamic show. 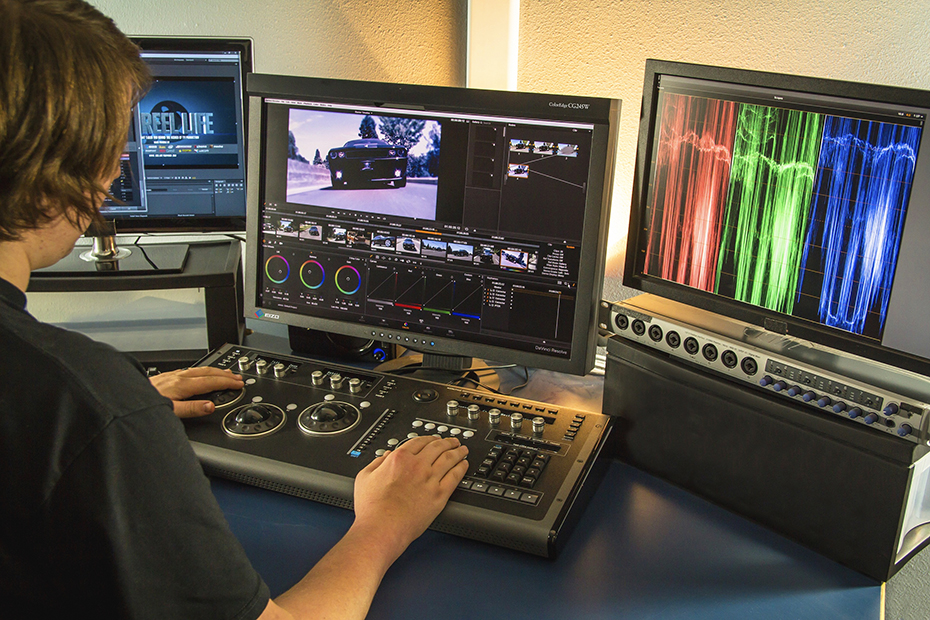 What made you decide that you wanted to get into video production?

Our company is made of people that just plain like making things. We are all creative, all love to laugh, and all like to see things that make us go "Whoa!"

The Division was built out of necessity. We simply needed to make an official "Production Company" in order to produce Graveyard Carz. Things just pretty much grew from there.

How did you hear about EIZO?

We have always needed a great monitoring solution for our productions. After checking out many solutions at NAB, we shopped around for a while and were very impressed at the quality and the features of the ColorEdge Series.

How do you use EIZO monitor in your daily workflow?

Our ColorEdge CG245W is the monitor that we trust. We use it mostly for color correction, but it is great just to see an accurate presentation of any image. Not to mention, it's actually our highest resolution monitor, so it's great to have more real estate for program interface even if we're not doing something that has to be color-accurate.

What types of monitor equipment have you used in the past? What, if any, benefits do you see from the EIZO?

We are a young company and honestly, the ColorEdge is the first real production monitor we've had. All of our other stations use generic flat screen monitors, some of which are really great, others... kind of get passed around and given to whoever we think deserves punishment.

How does the monitor integrate into the rest of your set-up? How does it interact with other hardware/software?

We have used the monitor connected to our Mac Pro, an iMac, and our brand new Origin PC, and every time it has been a breeze to set up, and has performed wonderfully. We use the ColorNavigator software to calibrate, and within a few minutes, we're up and running. It's awesome.

What challenges do you face when producing your show? How have you been able to overcome those challenges?

Anyone on our team will tell you our biggest challenge is organization. Making a show is really a lot of work. It's more work than you plan for, no matter how well you plan. For The Reel Life, the beauty is, we have the content, so it's mostly editing. We are already running around crazy making our other shows, the only difference are there are cameras following us.

Of course, when we're on such a tight schedule, making time for interviews seems to be a bit crazy, as any time we have to shoot, we are usually shooting for our other shows. It gets a little hectic sometimes. We're getting used to less sleep.

How does it feel to start a reality television series?  Any funny moments you’d like to share with us that occurred while filming?

What do we have to look forward to from “The Reel Life” in the upcoming months? Is there a release date/network set for the show?

We really want to invite the outside audience into the crazy world that is video production. Much like people who don't drive trucks on ice have no idea what it's like, regular people don't seem to have a clue how much time and thought there is, even in reality television production. We are aiming to make it a show that educates people who don't know much about production, and inspire people who do. We don't currently have an air date and the network things, we have to keep secret for the time being, but we'll let you know!

For new comers to the industry, do you have any advice on what to expect?