A Friendship Between an Owl and a Dog | EIZO

Her models go by the names of Ingo, Gandalf, Klaus Bärbel, and Poldi, and her photos are sure to melt your heart. After all, they feature a Belgian shepherd, a Harris’ hawk, and a lot of owls. Animal photographer and falconer Tanja Brandt has drawn accolades in the German and international photography world with her heart-warming animal portraits for years. She is working on three new books at the moment, which is why she chose the ColorEdge CG2730. 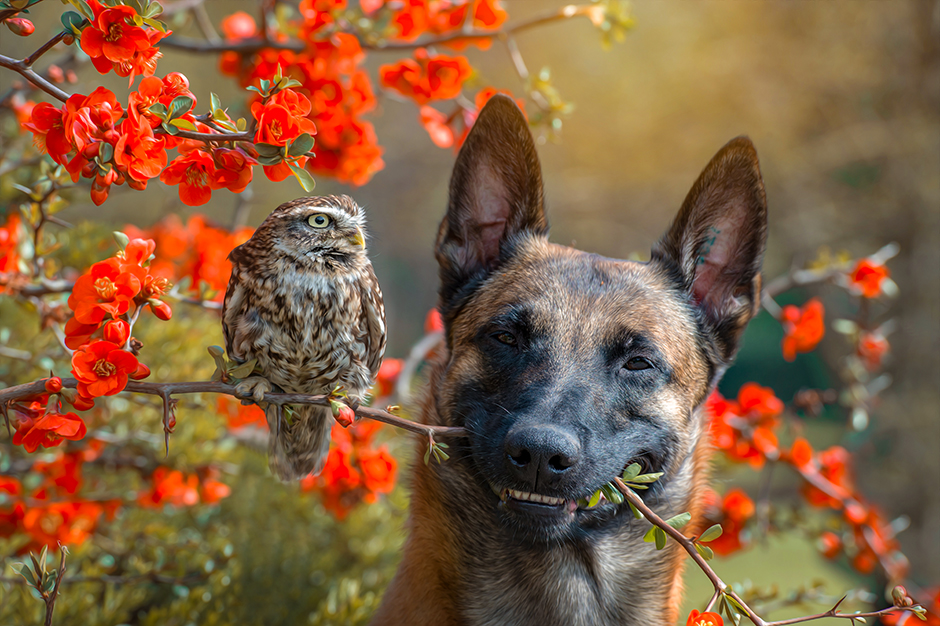 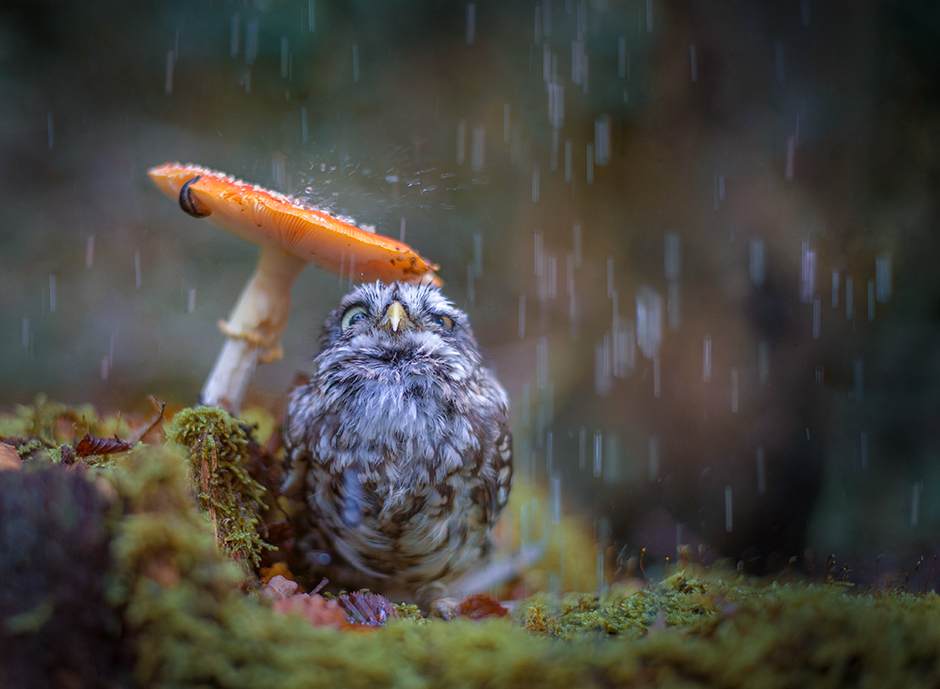 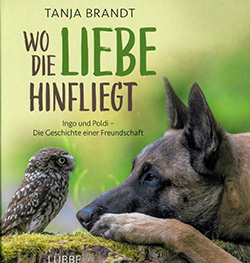 Her first book, ‘Wo die Liebe hinfliegt,’ tells the story of an unusual partnership. The 6th edition is currently in print and is set for publication in February 2018 in China. Her second book, ‘Ich lass dich nie im Regen stehen,’ (I’ll Never Leave You Standing in the Rain), is a children’s book which was published at the end of 2017. After a summer full of workshops, the trained office administrator is now devoting time over the winter to work on three more books. A sequel to ‘Wo die Liebe hinfliegt,’ a book about falconry, and another on animal photography, which focuses on owls and birds of prey, will be published in 2018. 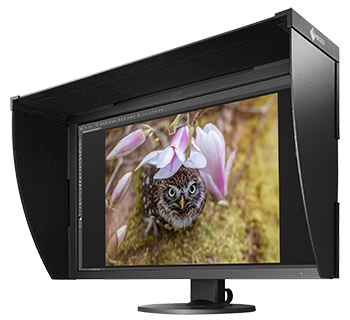 Of course there is still a great deal of location-based work in the winter, but Brandt will still spend the majority of her time at a PC editing new photos and trawling through her archive for suitable pictures. But this is no problem for Brandt: “I love editing photos and never grow tired of it,” she excitedly explains. When she is not engaged in image processing, she spends a lot of time outdoors.

Displaying the photos on all of her monitors had been a problem for the photographer in the past. “I bought myself a good calibration sensor, but even after calibration, the display on my monitor and notebook still looked really different and I didn’t know which monitor reproduced the picture files more precisely and naturally. This was particularly unpleasant when I uploaded the photos to social media, and they looked completely different online than they should have,” Brandt explains as she recalls her experience.

As a photographer, you obviously have no influence over how viewers have set up their monitors at home but if they at least use a calibrated system, the photos should look perfect. To achieve this, Brandt would first upload her photos to social media sites and other websites without giving other people access to view them. Then, she would see how they turned out by viewing them on several different monitors and on her smartphone before actually publishing them. Understandably, this method proved unsatisfactory for Brandt.

"An EIZO is What You Need" 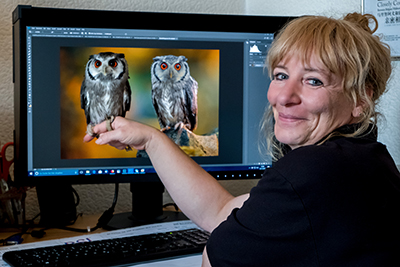 Brandt would always receive the same advice during numerous conversations with other photographers. The ColorEdge from EIZO is the perfect solution. No sooner said than done. The nature photographer spent four weeks thoroughly testing the ColorEdge CG2730 – a fully equipped 27-inch graphic monitor with built-in calibration sensor (see the test in: Pictures – das Foto-Magazin 7-8/2017). Her verdict: “The EIZO meets all of my expectations. It displays the information exactly as it is found in the file. This means I can be sure than the image display is configured for the Web while also being able to simulate what my photos look like in softproof mode when I optimize them for printing with printer X on paper Y.”

What Brandt likes most about the monitor is its self-calibration feature. “I don’t have to remember to calibrate the monitor or spend time fidgeting with the settings. Instead, I can focus on the creative part: image processing.” It did not take long for her to reach her verdict: The EIZO is here to stay!

The animal photographer formerly ran her workflow over a sRGB gamut. But this is set to change. The CG2730 allows Brandt to edit her photos in the much broader AdobeRGB gamut. “The AdobeRGB gamut is significantly larger, even in saturated green and blue tones,” Brandt explains. These are just the colors which are particularly dominant in the majority of nature photos.

While only the sRGB gamut can be used online, many modern printing processes enable you to print in colors which are outside the sRGB gamut but inside the AdobeRGB gamut. This means that Brandt’s fans can look forward to a lot of new stories and stunning photos of Poldi, Uschi, and Ingo which she will be able to edit with absolute color accuracy in the future. 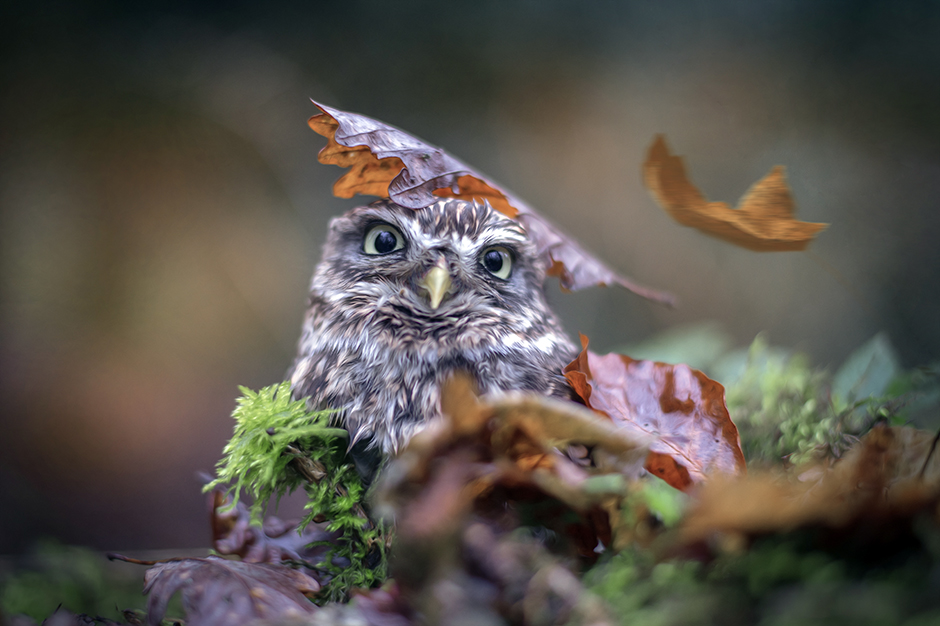 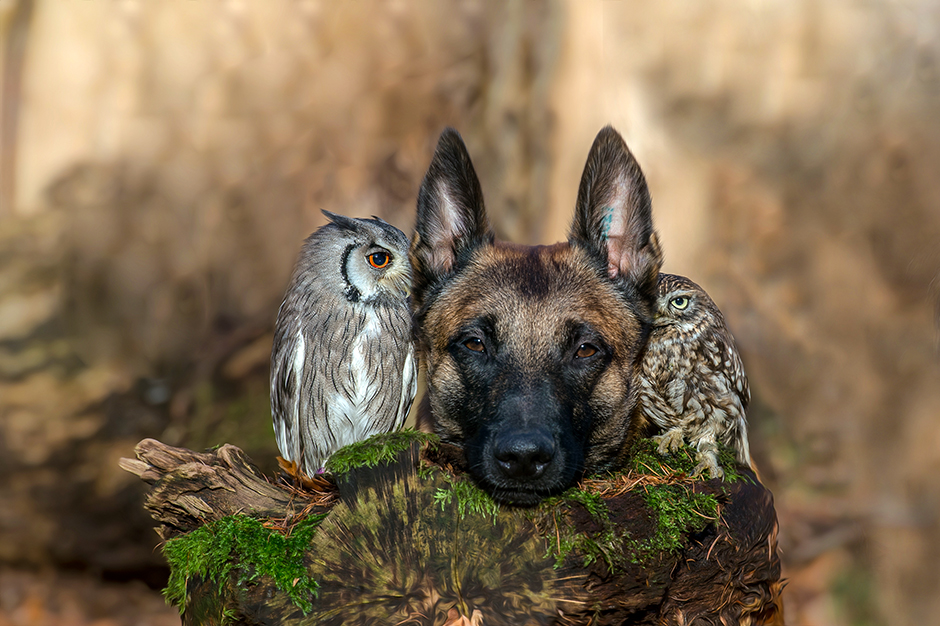