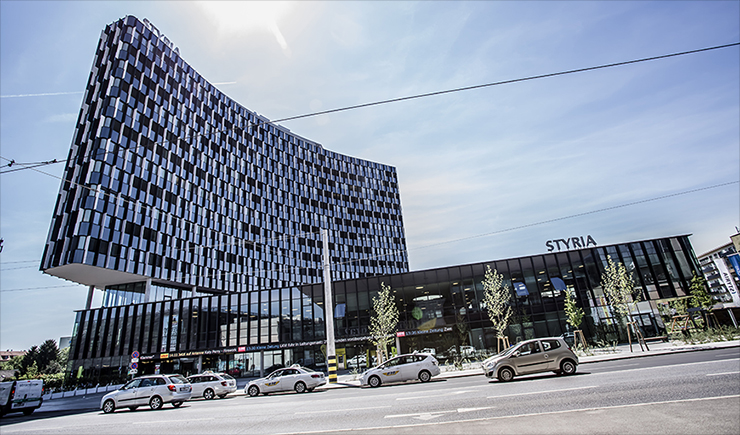 In the spring of 2015, 1,200 employees moved into the Styria Media Group’s newly-built company headquarters in Graz. At the heart of the  60 meter office tower is the new 2,700 square meter newsroom.

The open space concept and the configuration of the workspaces make for a communicative and team-oriented working environment for the 240 editors of the daily newspaper “Kleine Zeitung” and the regional radio station “Antenne Steiermark”. Among other innovations the employees profit from a special dual-monitor solution.

Not every monitor is the same.

Fritz Pirnik from Styria IT Solutions ltd, the company behind the management and the operation of the media group’s entire IT infrastructure, explains, “When it came to the monitors we found ourselves facing a challenge: we had planned a mounting system where the monitors would be installed without a tabletop stand in order to give the editors maximum screen area. We had defined several different branded products beforehand. In the end the perfect solution was suggested by CANCOM.”

“When our CANCOM account manager, Mr Andreas Gölles, suggested the EIZO FlexScan EV2450 monitor as a possible solution and provided us with a test station, the decision was made quickly”, Fritz Pirnik tells us.

The most important feature of the EIZO EV2450 FlexScan displays for the multi-monitor solution are the one-millimetre thin bezels on the sides and top. Furthermore, the resolution of 1,920 x 1,080 pixels (full HD), integrated speakers and multiple inputs like DisplayPort, VEI-D, HDMI and D-Sub and a 5-year on-site warranty distinguish this monitor.

The initial order of 480 monitors for 240 workstations was delivered to Styria Media Group by CANCOM in cooperation with EIZO right on time so the planned move could take place. 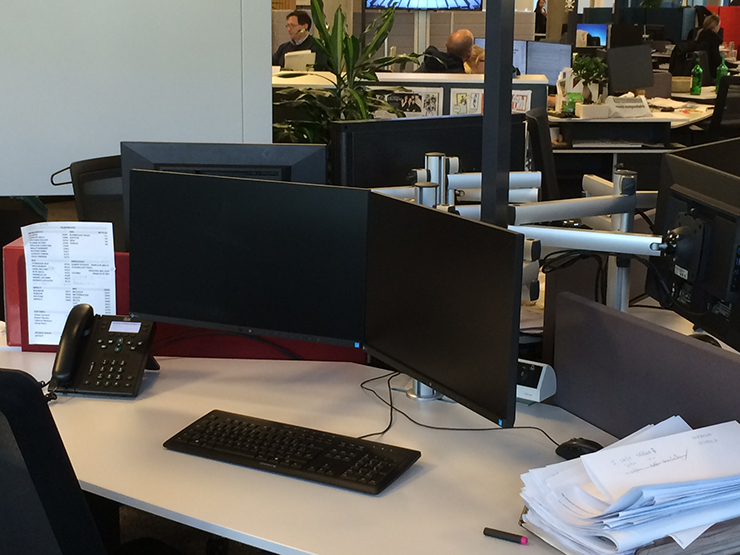 Founded in 1869, Styria is one of the leading media groups in Austria, Croatia and Slovenia. The group counts about 140 companies like the newspapers “Kleine Zeitung”, “Die Presse”, the “WirtschaftsBlatt” as well as other Austrian daily and weekly newspapers, magazines, publishing houses, radio stations and holds a stake in a TV-station. The Styria Group also runs online news, content and community portals but also market places like “willhaben.at”. The company group employs about 2,900 people.

This case study was prepared by CANCOM Austria.