Before I acquired my first EIZO monitor in early 2009, I had been using another manufacturer’s large screen display. When out on the road (for several years) documenting the last NASA shuttle mission to the Hubble Space Telescope — my “ah ha” moments were actually a series that revealed the instability of the previous monitor’s color balance and screen illumination consistency. Given this frustration, I clearly needed a significantly better monitor given the historical importance of my work.

When I acquired my first EIZO (CG222W) there was a progressive learning curve in acquiring proficiency. For example, once I set up the EIZO monitor I had to learn to color balance the monitor on a regular bases. As a result, the stability of the monitor allowed me to produce dramatically better, higher quality imagery.

In addition, EIZO provided me the means to create consistently accurate high-resolution print files that have been exhibited at museums in New York, Washington and the Kennedy Space Center.

Michael Soluri is a New York City-based documentary photographer, speaker and the author of Infinite Worlds: the People and Places of Space Exploration (Simon & Schuster). Based on his three years of unprecedented access to the last shuttle based service mission to the Hubble Space Telescope, his photographs have been exhibited in “Outside the Spacecraft: 50 years of EVA” at the National Air & Space Museum, “Hubble@25,” the Intrepid Sea, Air and Space Museum in New York, and in the Space Shuttle Atlantis Pavilion at the Kennedy Space Center in Florida. Since 2005 he has been also documenting the people and places of the New Horizons mission to the Pluto System and Kuiper Belt. Images from that work have most recently appeared in print and online magazines like WIRED, Smithsonian, New Scientist, Huffington Post Highline, Ciel et Espace, and on the front page of the New York Times among others.

Soluri has appeared on MSNBC’s The Cycle, interviewed by Dr. David Livingston for the online radio Space Show, spoken at the Smithsonian Institute Hirsshorn Museum, the Chicago Museum of Science & Industry, the Denver Museum of Nature & Science Conversation, the National Air & Space Museum with astronaut John Grunsfeld, and with broadcast journalist Miles O’Brien at the Intrepid Sea, Air and Space Museum. His book, Infinite Worlds, has been cited in Quest Magazine, Air & Space, Discover, Spaceflight Insider, and Space Collect among others. 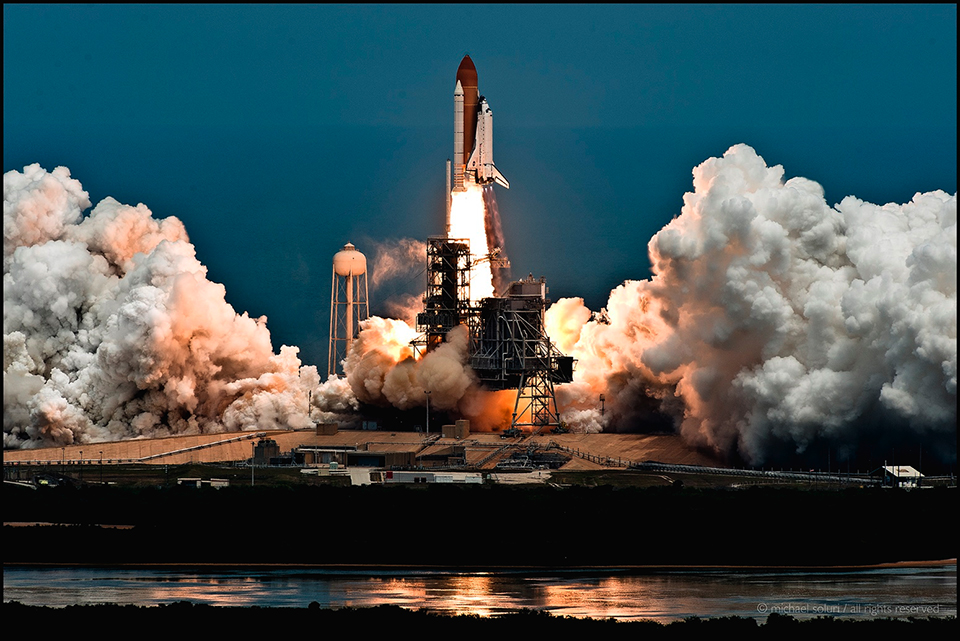 Launch of STS 125: the Space Shuttle Atlantis with a crew of seven headed for the last-ever servicing mission to the Hubble Space Telescope (May 2009) 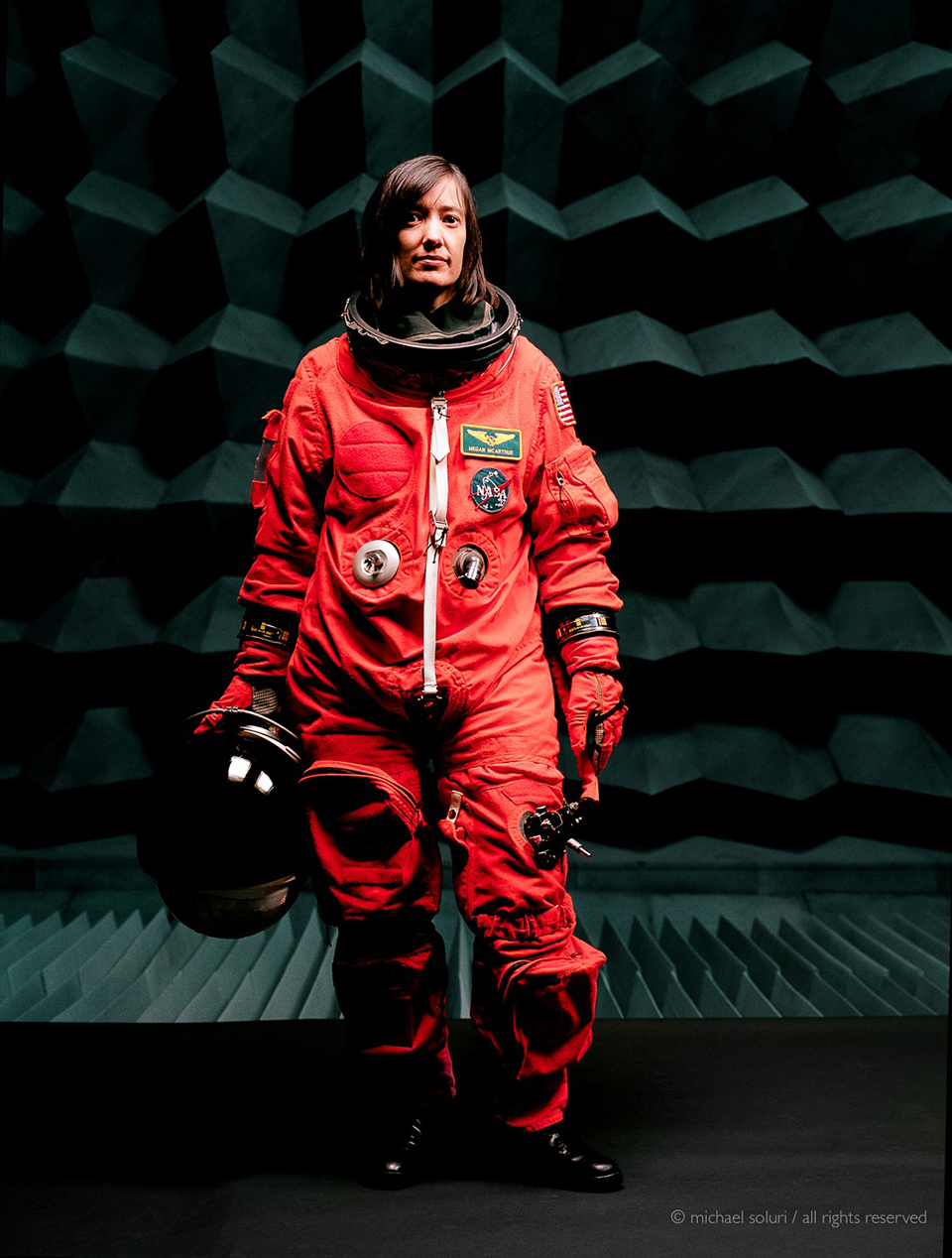 On location portrait of astronaut K. Megan McArthur, Ph. D. Megan, the robotics engineer on the last shuttle mission to the NASA/ESA Hubble Space Telescope in 2009. 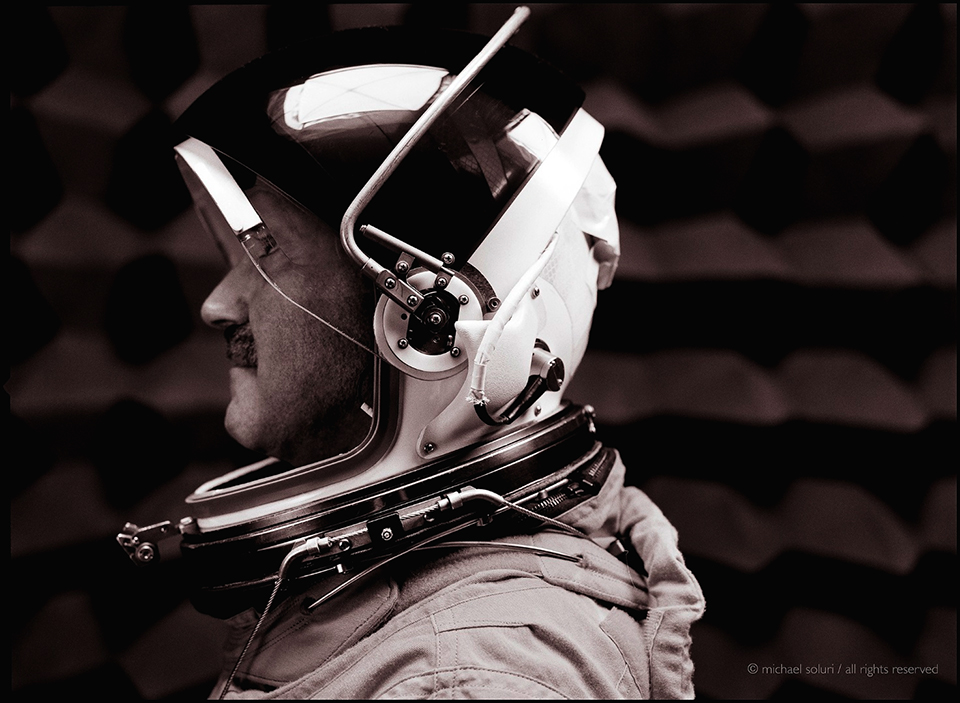 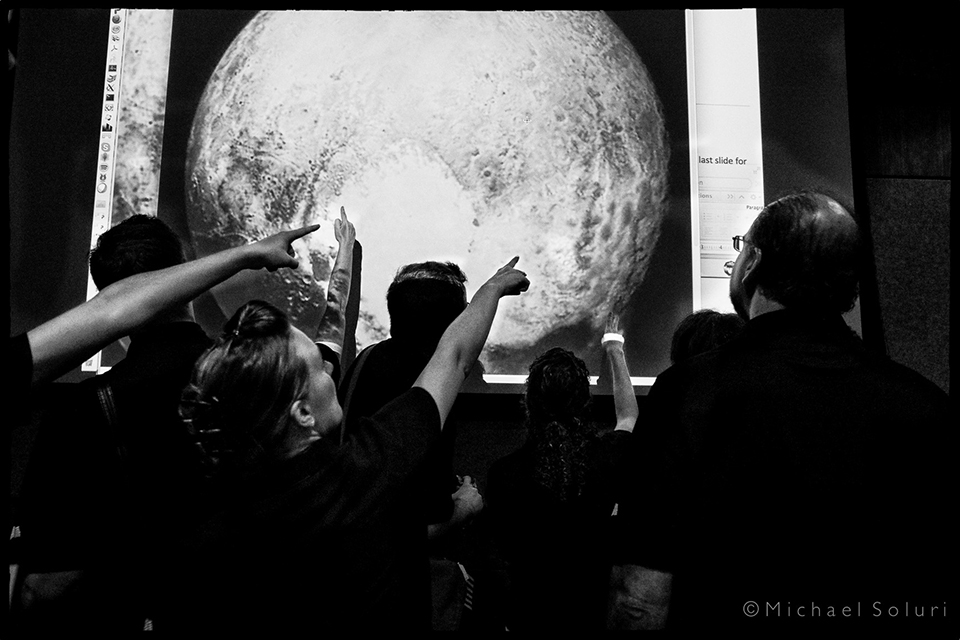 First reactions by some of the New Horizons mission science team as the first full frame image of the dwarf planet Pluto is revealed in the early morning of 14 July 2015. 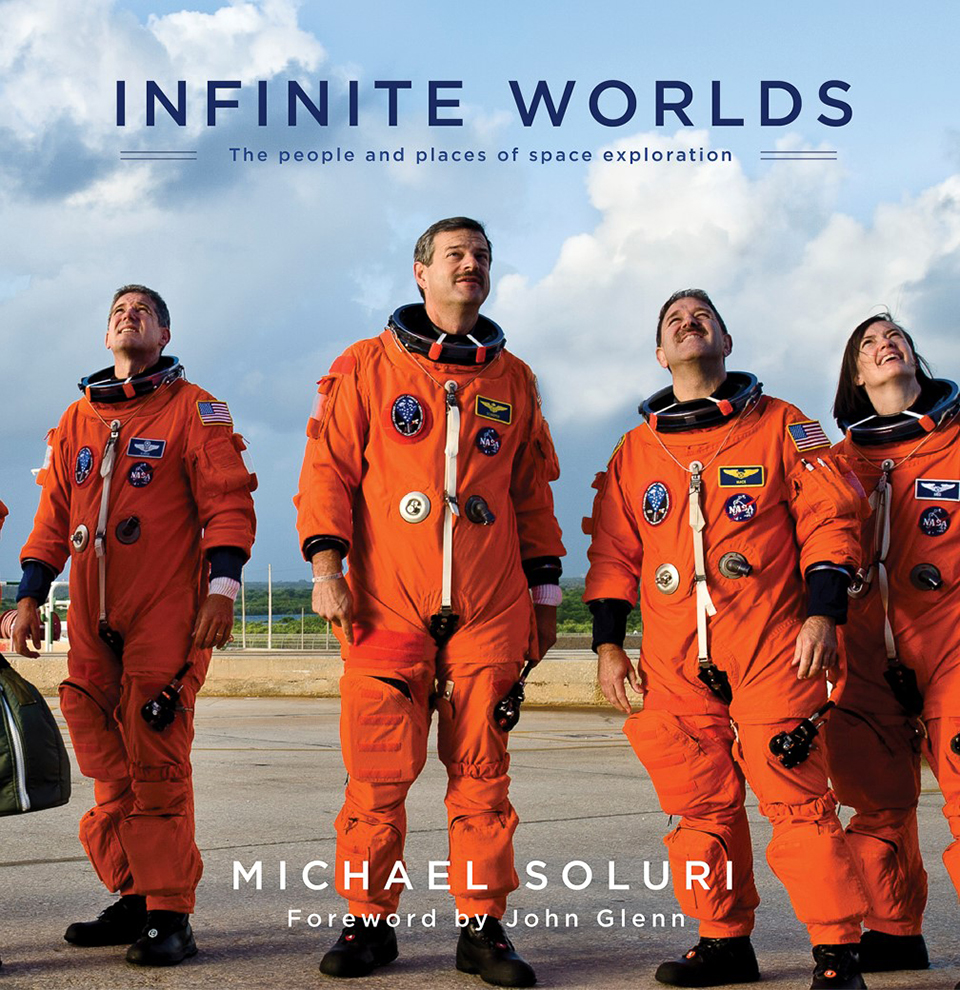 To see more of Michael’s work, please click the cover image above.