EIZO is excited to announce this exclusive opportunity with Jean-Christian Rostagni, well—known French photographer, discussing his extensive career and professional insight in the unique world of photography. EIZO also gets a sneak-peak of Jean-Christian’s upcoming documentary, Monsieur Contraste, about a struggling yet ambitious photographer in his efforts to establish himself in the industry, which is scheduled for release later this month at the Cucalorus Film Festival in Wilmington, North Carolina. This is the first time EIZO has had an opportunity to interview Jean-Christian about his inspiring and widespread knowledge, and is pleased to share it with EIZO’s photography network and online community.

This interview was conducted in November 2012 before the release of Monsieur Contraste.

When was it that you realized this is what you wanted to do?

I started photography when I was 15 years old, 40 years ago. I was then on a scientific track in high school, but photography was devouring all my attention and when at 17, I realized that I needed to make that a career as there was no way I could otherwise express all I felt I had to say.

What type of equipment do you currently use and what advantages do you get from these products? 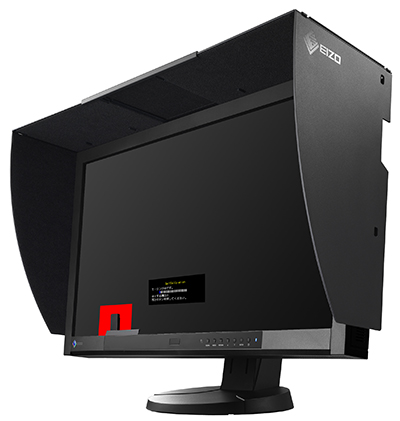 I shoot with three types of camera (Hasselblad, Leica and Noblex) all film for now, although I am going to get a digital version of at least one of these before long. All these cameras have extremely good lenses, are pleasant to use and borderline indestructible, which is rather important. If I had to keep one it would be a Leica, as it is utterly enjoyable to shoot with, although I now do a lot of very large prints, and that requires at least a medium format original.

I don’t do Windows, only Apple, and my monitor is an EIZO CG275W, which I utilize for its accuracy and ease of calibration, an all-around very well-made object, equivalent of a Leica.

How subjective would you say equipment choice is? (Will what works for one photographer necessarily work for another?)

I like to think that my choices are very rational and tailored to the idea of photography that I want to deliver. They probably are and if nothing else, it’s because they seem to work, otherwise you would not even ask me those questions. But it would be foolish to think that I do not have a little bias here and there, everybody else seems to.

Obviously all other photographers do not produce the same work as I do, do not treat the same subjects or do not approach them the same way. All those parameters and more yield different needs.

Where do you get your inspiration?

When I was a kid I was looking at my mom’s magazine (“Elle” mostly), and to other magazines that would fall in my hands like in the doctor’s waiting room, and I was notably interested by the ads. It seems that very early on I was interested by the way one communicates, impress a message. Later in my first school of photography my favorite class was the semantic one. All this to say is that I have studied semantic rather extensively, and
maybe have a good sense of it. So when I see something that I want to communicate, like if I see a scene or a topic that seems to have potential or intrigue me, I try to analyze what would the best approach be, semantically, in order to convey the essence that I see oozing out of it.

Semantic is really crucial. It has helped me a lot during the making of Monsieur Contraste because Rodrigo Dorfman was kind enough to listen to my suggestions about how to present certain aspects of my work, and while my semantic sense mostly applies to photography, I also have watched a lot of movies in my life, and was able to bridge my semantic to cinematography.

Do you prefer digital to film when shooting?

I am old enough to have a good interaction with film. By now it is a second nature to me, it is also more organic than digital, it is more “first degree” to me, but of course I scan and print most of it digitally, even if the darkroom is really my field of extreme expertise.

How much is color management a part of your workflow?

If you don’t want to become crazy or irate, color management better be tight, hence my owning an EIZO monitor.

Are there specific techniques that are always a part of your workflow?

Yes, Photokit Sharpener, the version 2.0 is incredible, and Noise Ninja for film, noise reduction is ACR for digital capture.

Do you prefer studio or location shooting? Why?

I only do location because photography has been invented to represent reality and a studio is anathema to reality. When I shoot a portrait, even a bridal portrait, which is by nature quite distant from reality (being in a bridal gown is not a very natural thing, and a portrait is by nature fabricated), I always shoot that on location as it helps lending credibility to the photograph. For me credibility, the fact that a photograph looks real, that the viewer can buy it, is essential. If it looks artificial then one might as well paint it, at least it will then have the semantic warmth of painting.

Are there any noteworthy highlights/challenges you have experienced in your career history?

A good part of my work is about politics, and for the past 20 years, American Politics, although I don’t work for any agency (not that I would not want to), my work is mostly artistic, for the wall, even if that’s often the ultimate document. So, as part of that aspect of my work, I needed to cover Barack Obama’s inauguration, which promised to be the largest event to have ever taken place in this country, and actually in the history of the western world. But I did not have any credential to warrant any of those tickets that put one in the presumably good seats. That was actually my salvation, as that helped me to realize that I did not want any of those seats anyway, none of them were good enough, I wanted to be either close to judge Rehnquist (obviously no photographer other than the white house ones had such access) or in the middle of the mall, as to be able to have a human ocean as a foreground.

But that was hell to plan, little information was available. I could not even find a hotel room other than 45 minutes away in Virginia, which was not appealing, knowing that I would have to be on the mall quite early. I was lucky to have a customer who lived in D.C. and accepted to host me, but then the problem became knowing what I should anticipate so as to have the right equipment and not more, since hauling it all day promised to be grueling. In reportage like the ones I do, which require technical excellence, a load of cameras, lenses and accessories is typically required.

The lack of ability to know what to expect (I scouted the place and my route to the location the day before, but on inauguration day, all the routes had been changed!) made that assignment very challenging. In the end I was lucky to be able to get exactly where I wanted to be, and my photographs from this day are among the best ones that there are. The most celebrated of these photographs is featured in the film, and we went back to the Mall to film me where I was on Inauguration day, but obviously without the 2 million people around, as to give some perspective.

What advice would you give a newcomer who is just beginning their career? (Any Do’s and Don’ts)

I would say that you need to be sure that you can take pain, because an artistic career is a sure way to be bruised repeatedly and for a long time. Then, in spite of the temptation to do otherwise, be true to yourself, to the reasons why you engaged in this career in the first place. It is certain that there will be no shortage of advisers who will speak the tongue of rationality wanting to bring you back in the ranks, which will amount to bringing you back toward the norm.

The difficulty is that there is a good norm, and there is a bad one, and I suspect that no recipe has been formulated yet to differentiate them; it is a matter of judgment. The idea is that you don’t want to give too much credit to marketing and rather want to believe more in breaking rules in a positive fashion, the fashion that advances semantic in a positive direction. I am sorry if this sounds gibberish, it is just an undefined frontier.

When will the documentary be released? What is in store for viewers?

The world premiere is November 9 at the Cucalorus Film Festival in Wilmington North Carolina. Wilmington is the third largest TV and film production center in the U.S. After that we hope to get in more festivals until we can find a TV distribution that seems to be the right format for this film. France seems also like a market with potential for this film.

The film is about a struggling and uncompromising artist who seems to have a unique way of working, an old world, deeply rooted in tradition albeit modern in style photographer. It shows what it takes, from shooting to printing and framing to produce ambitious photography, and the impact that this has on a family, the sacrifices that it implies. The cinematography is rather out of the ordinary for a documentary about an artist, in fact it is almost revolutionary to make a full feature film on a little known artist. In short, the cinematography is breaking boundaries, and the artist himself is doing the same, so all this is coherent and about challenging the status quo, in art and therefore in life since art is an intellectual laboratory for ideas that apply to common life.