James Tan is one of the most sought-after printmakers in the Asia Pacific region, with FMPA(UK), ILFORD Master and Canon Master Printmaker as some of his titles. Operating under his business outfit Lateral Imaging, he makes fine art prints for prestigious photographers, artists, MNCs and galleries, as well as producing photography exhibitions and providing consultation to architecture and lighting companies. 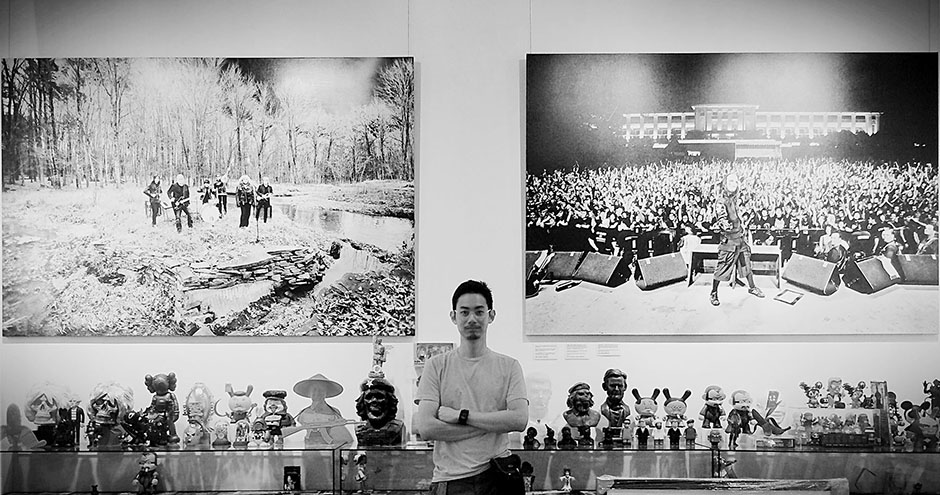 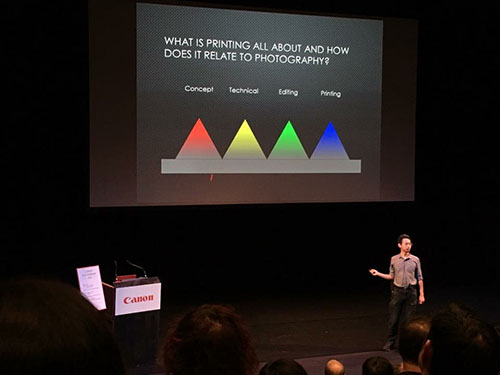 He became an Associate in the Master Photographers Association by way of double promotion in Architectural photography in 2007 and in 2 years was awarded MPA’s Fellowship Rank as the first and only Certified Printmaker in the MPA – a special honor created for him in recognition of his contribution and mastery in the craft.

Following that, he was invited to be trained in both Qualifications and Competition judging at the MPA Headquarters in Darlington UK, and then went on to do the final judging of The MPA’s prestigious International Photography Competition, followed by the WPPI Annual Print Competition in Las Vegas.

His current role is the MPA Deputy Ambassador and Chair of Qualifications for the Asia Pacific region, helping to maintain and improve the quality of photographers through strict and careful guidance to its members and potential candidates on image making and business practices. 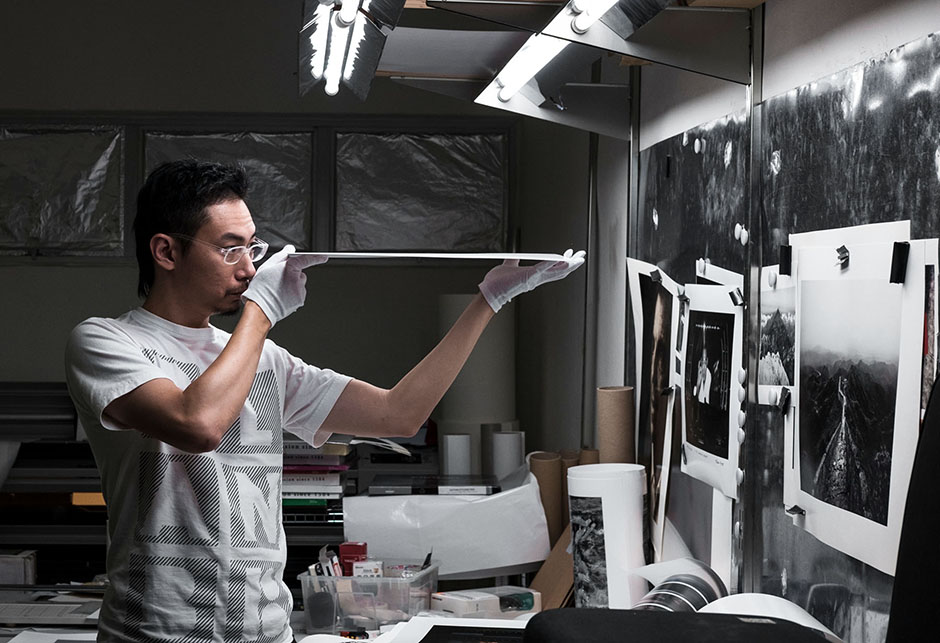 Being a master printmaker requires an uncompromising dedication to quality and a meticulousness like no other; James possesses these rare qualities. In 2006, he decided to put his photography business on the backburner to spend 10 years on mastering digital printmaking, and now his many achievements are a testament to this dedication.

The Digital Age – A Short Interview with James Tan

“During the film days, color management systems were closed or partially closed. Photographers did not have to deal with colors much, because the film companies were handling it. Once we get the exposure right, and if the film is developed according to spec, the colors would be what we expected. Film positives and negatives were handed directly to clients and agencies and they would sort everything out on their end – not so for the digital age.

In the digital age, every single photographer or studio is required to handle their own color management – a job that film companies spent millions operating in the past. This understated fact has left many photography businesses unable to produce satisfactory results as they struggle to modernize their workflow.

The most important tool but also the weakest link of the modern photographer’s workflow is the monitor. Simply because without which, there will be no way to view or edit the image that was taken. The quality of monitors directly affects the accuracy of how the digital image is rendered. To draw a parallel using more familiar terms, having an inaccurate monitor in a photography workflow is akin to trying to sing a song without the ability to hear yourself properly. The result is normally quite terrible." 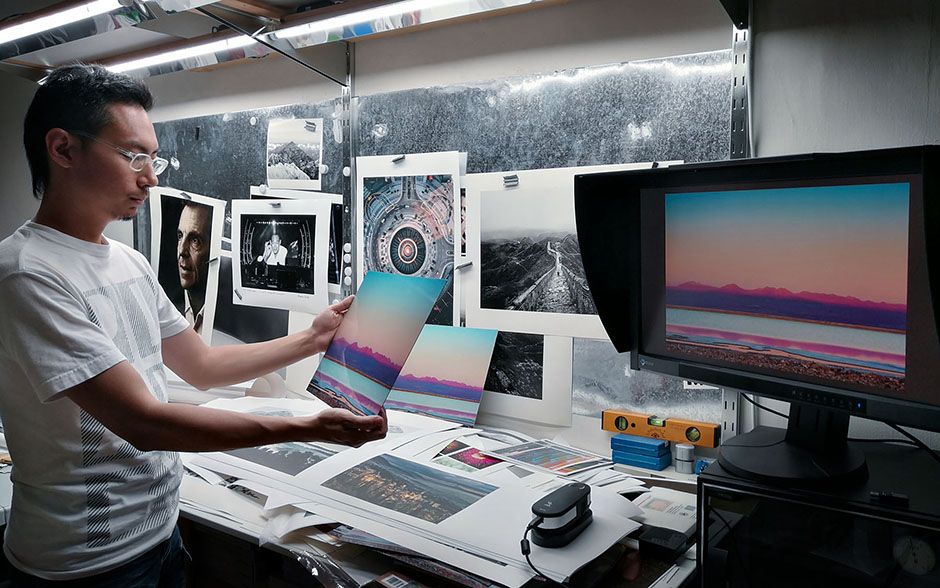 Tools of the Trade

“I give clients the best by using only the best” – James is also well known for being a brand-agnostic straight talker, objectively evaluating everything he uses with brutal honesty – from paper to climate control to display devices and lighting. Considering this, he has been endorsing EIZO monitors throughout most of his printing career (he himself is currently using the ColorEdge CG277), simply because there’s nothing better in the market. 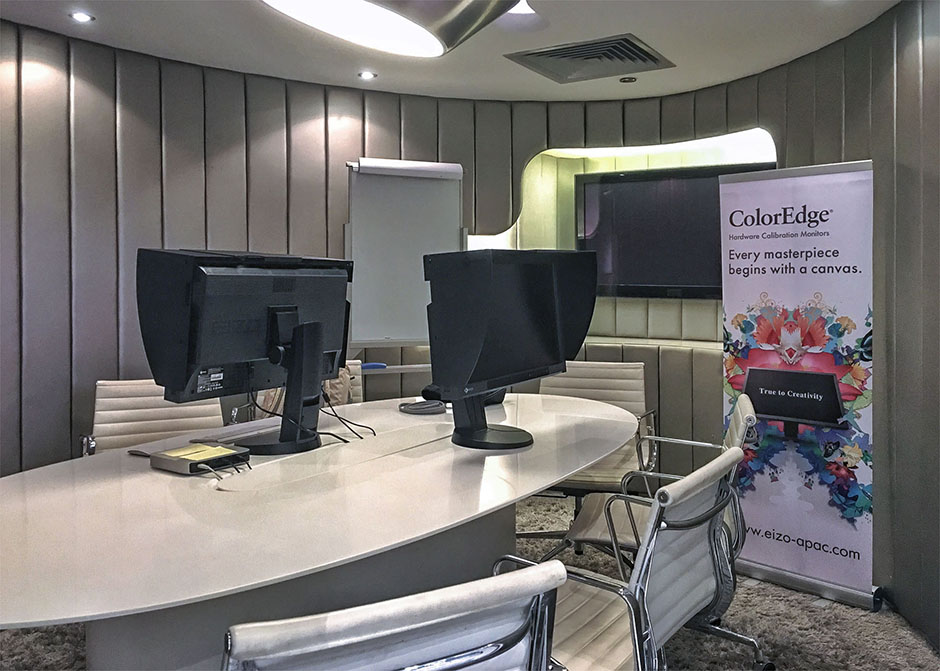 The EIZO monitors allows for greater color confidence than any other display system in the photography and printing sector. Its built-in self-calibration automation is unique, allowing multiple monitors to automatically calibrate themselves (at a set time every week if you liked) and produce a validation report before you even get to the office. Its proprietary 5-minute calibration and validation cycle compared to 15-90 minutes manual calibration essentially saves enough working time to pay for itself in a short span of time. This ability allows it to be extremely mobile without any downtime – in an outdoor on-location production shoot for example.

Currently, apart from making prints, James is a prolific educator who holds regular workshops all over the world as well as having taught in the local university, also being a print and color management consultant for various printing companies, galleries and institutions.