The Ikazia Hospital, founded in 1965, is located in Rotterdam Zuid, the Netherlands. It welcomes all patients regardless of where they live, but most are from the local community. The hospital runs two local outpatient clinics to bring care closer to its patients. Additionally, the Ikazia Hospital is a teaching hospital for the following specialties: Anesthesiology, Gynecology, Surgery, Internal Medicine, Gastrointestinal and Liver Diseases, and Clinical Psychology. 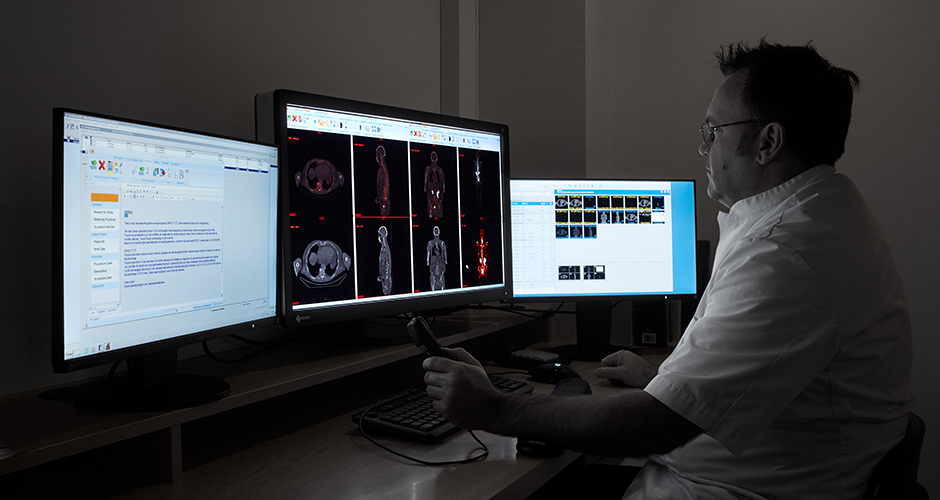 "The support during the entire project, the possibility of extensive testing, but also our previous experience with EIZO were the decisive factors in selecting EIZO" - Marieke van Noort- Hoeboer, Head of Radiology.

The hospital has been using EIZO monitors in its Radiology Department since 2009. At the end of 2015, a project was started to replace the workstations and monitors in the Radiology Department. To ensure the right solution was selected, intensive communication took place between the hospital, the supplier Varimed, and EIZO. Important factors in this were the exchange of information, advice about the design of the work- and demo space, and the development of various solutions. Part of the project involved an extensive testing set-up. The hospital compared various brands and models. Aspects playing an important role during the testing period were viewing tomosynthesis images on a high-resolution color monitor, and the displayed image quality.

Marieke van Noort- Hoeboer, Head of Radiology at Ikazia Hospital, explains why they opted for EIZO. "For many years, we've had a good relationship with our supplier Varimed, which is also an EIZO partner for delivering and installing monitors. The support during the entire project, the possibility of extensive testing, but also our previous experience with EIZO, were the decisive factors in selecting EIZO. Since we were already working with EIZO 3 megapixel color monitors, we explicitly looked at an alternative based on a single monitor solution, in the form of a 6 megapixel monitor. We used the same approach for our mamma diagnostics environment, with the additional base of an even higher resolution and brightness, which is needed for displaying tomosynthesis images. The testing set-up gave us a clear impression of the quality and possibilities of the EIZO monitors. Additional matters such as connectivity with our current PACS and a solution offered by EIZO for displaying our RIS and 3D application on separate monitors, led to our selection of EIZO." 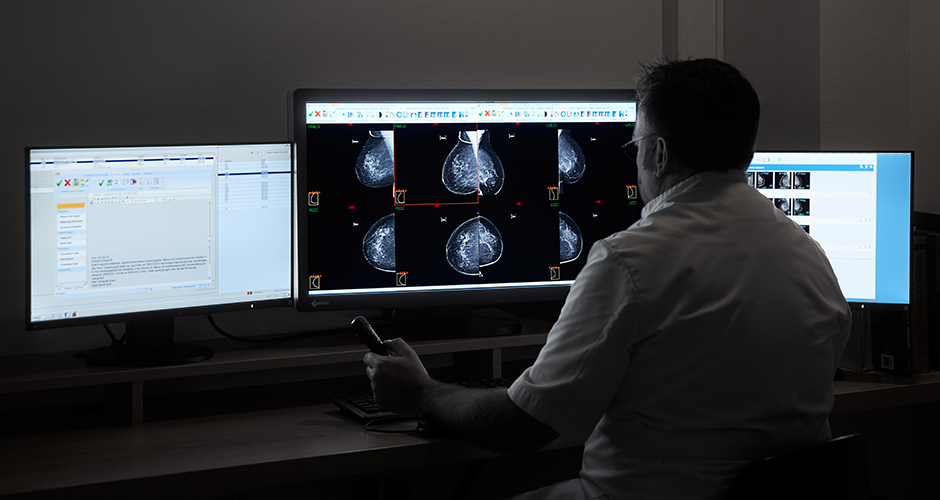 In June 2016, the Ikazia Hospital put five EIZO RadiForce RX650s and a RadiForce RX850 into operation, in combination with two EIZO FlexScan EV2450 monitors for each workstation. Delivery and installation of the monitors was performed by Varimed.