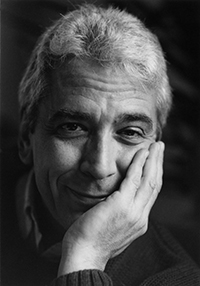 Gilles Peress started using photography to create museum installations and books in 1971, having previously studied political science and philosophy in Paris. His ongoing project, Hate Thy Brother, looks at similitude and difference and its consequences in ethnic conflicts. Peress' books include Telex Iran; The Silence: Rwanda; Farewell to Bosnia; The Graves: Srebrenica and Vukovar; A Village Destroyed; and Haines. Peress' work has been exhibited and is collected by institutions including: the Metropolitan Museum of Art and the Museum of Modern Art in New York; the Getty Museum in Los Angeles; the V&A in London; Centre Georges Pompidou in Paris; the Museum Folkwang, Essen; among others.

Awards and fellowships Peress has received include: The Guggenheim Fellowship, National Endowment for the Arts grants, Pollock-Krasner and New York State Council of the Arts fellowships, the W. Eugene Smith Grant for Humanistic Photography and the International Center of Photography Infinity Award.

Could you tell us about your studio environment?

Peress: We have a close working staff in our studio, comprised of a studio manager, a digital production manager, darkroom printer and studio assistants. Our studio is well equipped for both analog and digital production. Since all production is done in house, it is necessary for us to stay on top of what is the best equipment. Our primary workstation uses the newest Mac Pro with our EIZO CG246. We print on the Epson Stylus Pro 9900, using ImagePrint and profiles made for us at ImagePrint, and proof using Solux lights and a calibrated Soft-View D50 viewing station. We scan on both the Imacon X5 and Creo-Scitex Eversmart Supreme Pro II scanners as well as use digital files from Leaf Credo backs.

We understand you have been using ColorEdge monitors for several years. Why did you originally decide to install them?

Peress: We strive for fluidity and efficiency in our workflows. We started using color-managed workflows in the mid-90s with Radius Monitors and made the switch to ColorEdge. We’ve been using EIZO ColorEdge monitors for many years because they simply give us the best results when it comes to matching screen-to-print.

What projects are you using the ColorEdge CG248-4K for?

Eckmeier: We work on multiple projects at the same time including books and exhibitions. The two projects we are currently working on are the Balkans and Israel. The Israel project involves digital files and scans from 35 mm and 120 film. We make high-resolution, oil-mounted scans on the Creo-Scitex Eversmart Supreme Pro II. We use the CG248-4K monitor to ensure definition and sharpness in the film scans. The CG248-4K monitor is especially helpful in this regard with its high resolution and monitor zoom function.

Peress: The clearer the files can be read, the easier it is to make an edit. Both the Israel and Balkans projects involve hundreds of images and require a great deal of editing. 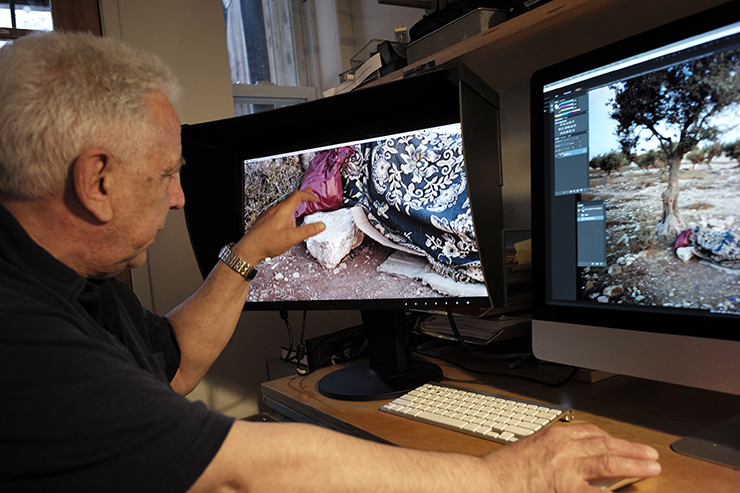 How do you find using a 4K monitor compared to a monitor with a lower resolution?

Eckmeier: For our most recent project, we had used the CG246 monitor which has a resolution of 1920x1200 for our scan-to-print workflow. Select images from this project were used for a touring exhibition. We took 6x8 scans from the Eversmart Supreme Pro II, pushed them through an extensive workflow, and printed them at 42x55 in. Sharpness was one of our biggest concerns at such an enlarged print size and required great effort to ensure that both image content and grain were sharp enough at size. At the time, we were satisfied with the results we had, but now using the CG248-4K monitor, we can see the sharpness much more clearly and quickly.

What are your impressions of the CG248-4K?

Peress: Our process has been greatly benefited from the previous versions of EIZO monitors in verifying color on screen and color on print. That said, the new generation has simplified our workflow one step further. Before, we had to use extensive proofing to confirm the high density of the print dots. The 4K monitor with its level of resolution and color depth, substantially cuts down the proofing. The CG248-4K screen is enough to judge the file in depth: resolution, sharpening, transitional tones and so on. We are going to cut our work time and cost substantially. We are now really in a situation where what you see is what you get.

What are your impressions of the ColorNavigator calibration software? 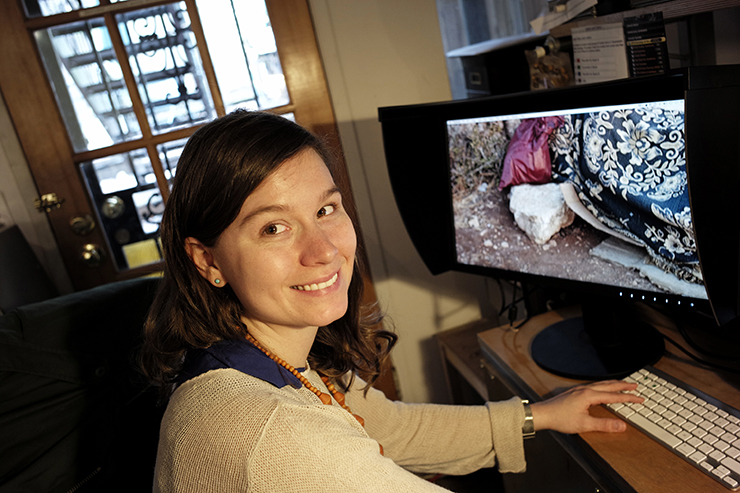 Does the ColorEdge CG248-4K help make your workflow better?

Peress: Absolutely. Time and accuracy are two very important qualities for any production and using the CG248-4K monitor in conjunction with our faster machines and printer, we’ve reached a new level of efficiency in our production workflows. Photography has to be transparent. What you see is what you get.

What features you would like to see in a future model?