For decades, the dye transfer process was the epitome of brilliant, contrast-rich, long-lasting color prints that were the first choice, particularly when producing high-quality pictures. By partly digitalizing the dye transfer process, Dye Transfer Atelier – Bettina Haneke revived a process that had nearly become a lost art, successfully ushering it into the 21st century. 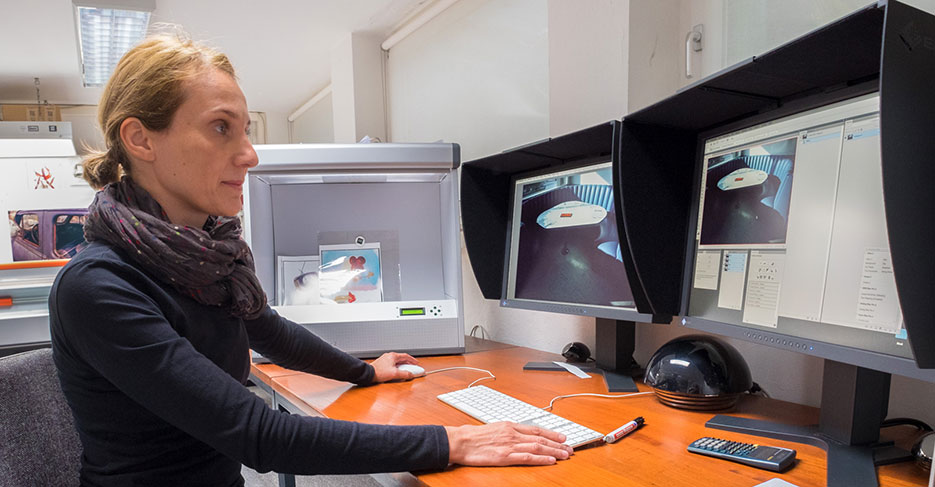 Kodak basically ceased production of the materials used in the dye transfer process from one day to the next in 1992, as it had gradually lost traction with the advent of digital image processing in the early 1990s. The process was essentially dead in the water a few years later. Dye Transfer Atelier – Bettina Haneke, based in Sittensen, Germany, started offering this process again in 2003 and by so doing, meets the needs of many artists, galleries, collectors, and museums around the world.

Mr. and Mrs. Haneke, who run Dye Transfer Atelier – Bettina Haneke, have joined the analog printing process with digital image processing and color management in the implementation phase, shaking up conventional thought in the workflow. The perfect, digital file forms the basis of each dye transfer print. If there is a negative of the picture available, which is often the case in the world of artists (as many of their clients are), the negative will first be digitalized using a high-performance drum scanner. 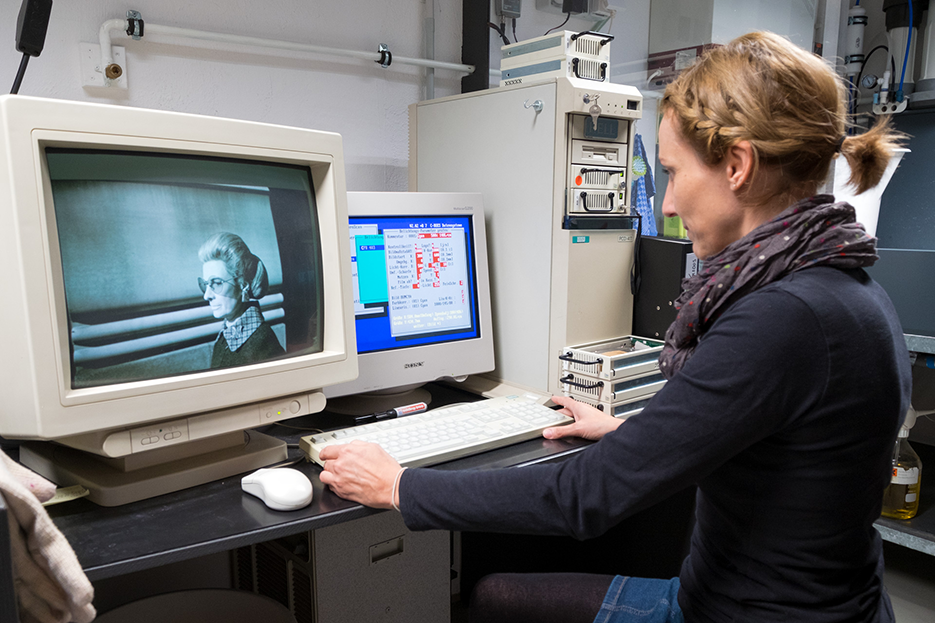 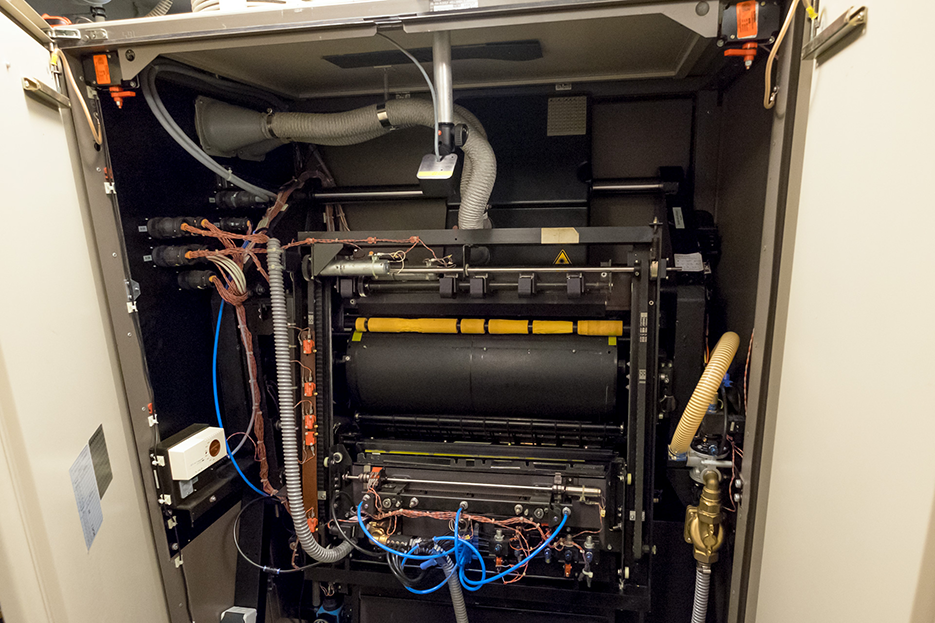 The digital data is processed using two EIZO ColorEdge CG277 monitors, where it is optimized adhering to a very strict color management system. Afterward the desired effect of the image is then attained in an analog process. “Color management is extremely important to us,” emphasizes Egbert Haneke. “We just upgraded to the new EIZO monitors with a built-in adjustment sensor. It enables us to rest assured that our monitors will always be optimally adjusted, eliminating the need for us to deal with it. It is very important to us that the colors on the monitor reliably depict the colors on the final print.”

Egbert Haneke explains, “It was pretty much common knowledge how the dye transfer process works. However, we needed to perform a number of experiments in order to understand how we could repackage this age-old process. Actually, we started at the beginning. We could still fall back on original materials manufactured by Kodak, such as films, papers, and chemicals, but we quickly realized: We needed to develop a new material ourselves if the dye transfer process were to have a real future.” The couple has used materials that are produced exclusively for them since 2005, which include print films, barium sulfate paper, chemicals, and dyes.

The printing matrices needed were exposed using an old HELL laser imaging unit. Since production of these units was discontinued many years ago, the computer that controls the laser imaging unit is relatively old – a 486-based DOS computer. For this reason, the Hanekes also maintain a large supply of replacement units and parts for the legacy machines in order to ensure their operations for the foreseeable future.

Matrix films that have been specially manufactured for Dye Transfer Atelier – Bettina Haneke are used with the laser imaging unit to produce the three printing matrixes, which are used for printing later on. Only three printing matrices for cyan, magenta, and yellow are needed in conventional tri-color dye transfer printing, in contrast to traditional four-color printing. The film is developed after imaging and the exposed gelatins are hardened. The unexposed parts are washed off, which results in gelatin relief on the polyester. In this manner, the print film can absorb more or less dye depending on the thickness of the remaining gelatin layer. In the next step, the print films are placed in the color baths of the cyan, magenta, and yellow dyes. The gelatin layer of the films absorbs the dyes successively.  After one hour, the three print films are ready to be rolled onto the high-quality and heavy barium sulfate paper one after the other. In the process, the colors of the motive made up of the three primary colors are built up in the paper’s emulsion coating. The films are washed after printing and are available for a limited number of reprints. However, why is dye transfer printing so appealing compared to traditional picture enlargements or ink-jet printing? 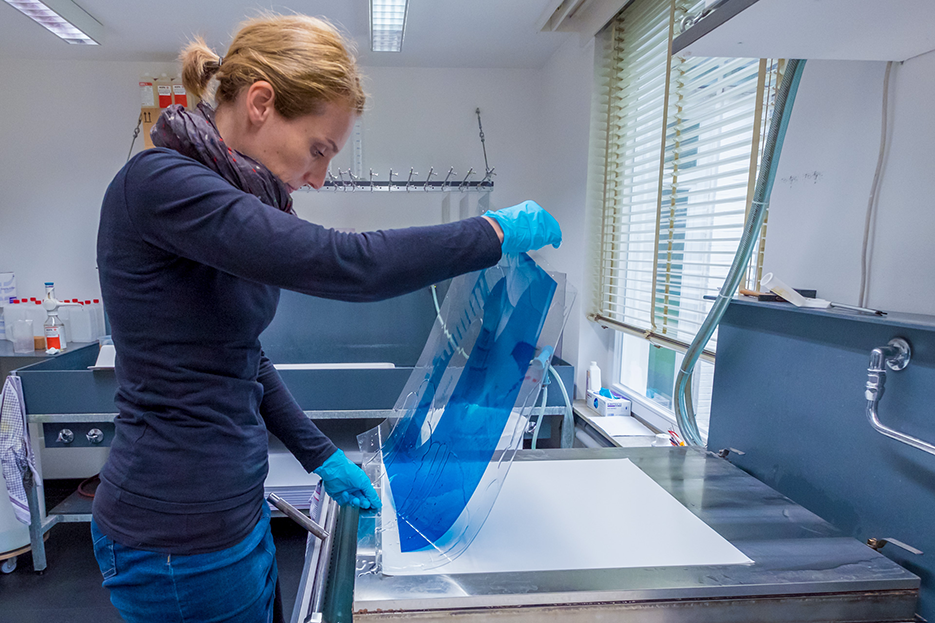 Worldwide demand for it from artists, galleries, and museums

Dye transfer prints are not mass-produced objects that can be reproduced endlessly. They are unique prints produced by craftsmen: despite all the precision work, the prints vary ever so slightly. And artists, galleries, and museums have come to appreciate this individuality, combined with the unique 3D aspect and unsurpassed quality of the resulting print. Sittensen has become a town that produces craftsmanship quality for individual editions and small print runs that impress clients and customers around the world. 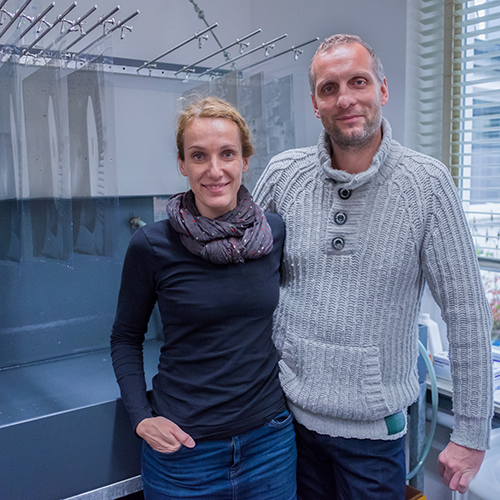