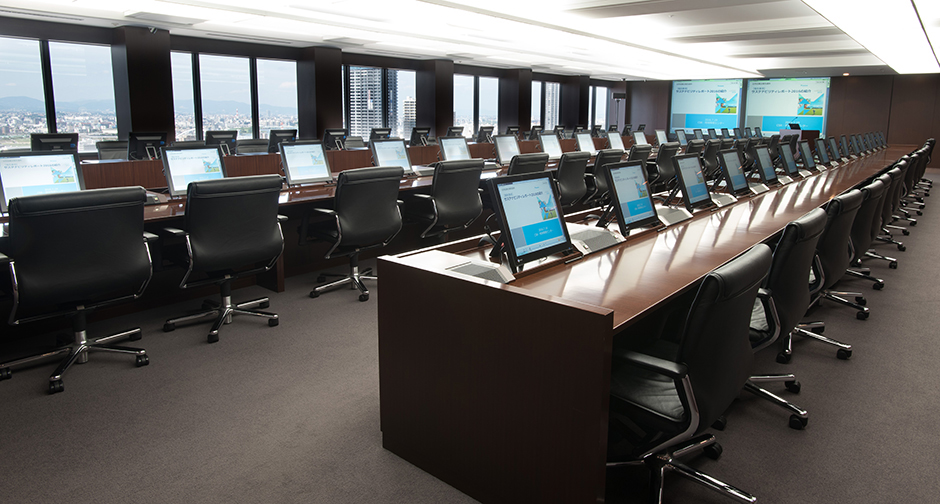 As part of the company’s shift to a paperless meeting system, 59 EIZO FlexScan T1781 touch panel monitors were installed into its Executive Conference Room. Mr. Takao Ichihara of the Corporate Planning Division at Daikin Industries commented about the monitors from EIZO: 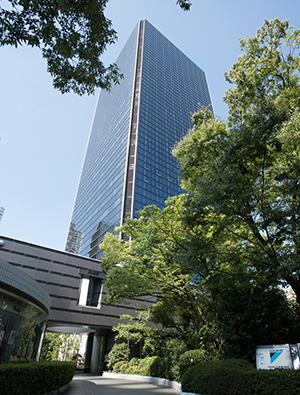 “The Daikin office has three executive meeting rooms; small, medium and large. In this case, touch panel monitors were installed in the largest of them. This room can accommodate up to 56 people and, in addition to being used by the board members for report meetings and decision-making, it is also used when employees from our group companies overseas come to Japan for meetings.

In consideration of the environment, we wanted to introduce a paperless meeting system for quite some time. In conjunction with EIZO’s touch panel monitors, we were able to update the conference system to the 2nd generation of paperless meetings. In order for meeting attendees to be able to write on their monitors and turn pages as they needed, we continued to choose touch panels to replace the previous conference system.

Before replacing the system with new touch panels, we needed to address two things.

Since the initial installation, the touch panels we were using had been discontinued and were no longer able to be repaired. So it was decided that we would replace the entire system.”

“At the time of the system upgrade, touch panel monitors were compared between three companies’ models. During the course of this investigation, we had some of the board members test the proposed models. Rather than choosing a model that felt the same as the models before, they chose what they felt was more ‘evolved’ – EIZO’s touch panel monitors.

Although it has only been two months since the installation, this is our conclusion:

Therefore we are completely satisfied with the improvement and are no longer faced with the problems of the previous monitors.” 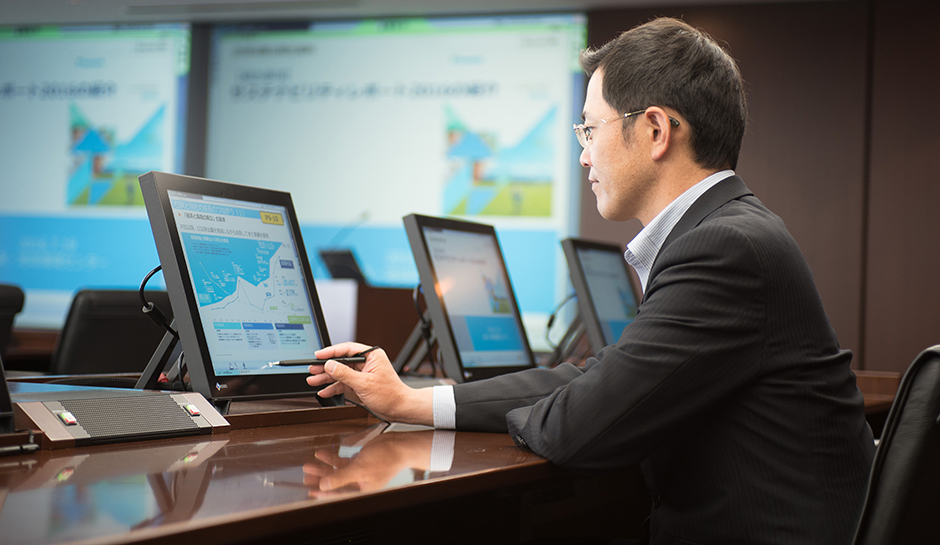 “There have been absolutely no problems or complaints since the installation of EIZO’s monitors. If I were to say one drawback, it is that while it was okay to wipe the previous models clean with a cloth as they only reacted to the dedicated stylus, the EIZO monitors react when wiped. However, this is completely within reason and we are not dissatisfied at all.

The touch panels we used previously were discontinued and unable to be repaired so our system had to be completely renewed. After taking into account what after-service support each company had, EIZO’s touch panel monitors were selected. We hope to continue using these monitors for a long time.”