Capturing Animals and their Owners - An Interview with Claudia Rocchini | EIZO

At a specific point in her career, high-in-demand journalist and photographer Claudia Rocchini decided to dedicate herself to photographing animals and their owners and to complement these images with stories and tales (or tails!).

Tell us about yourself. 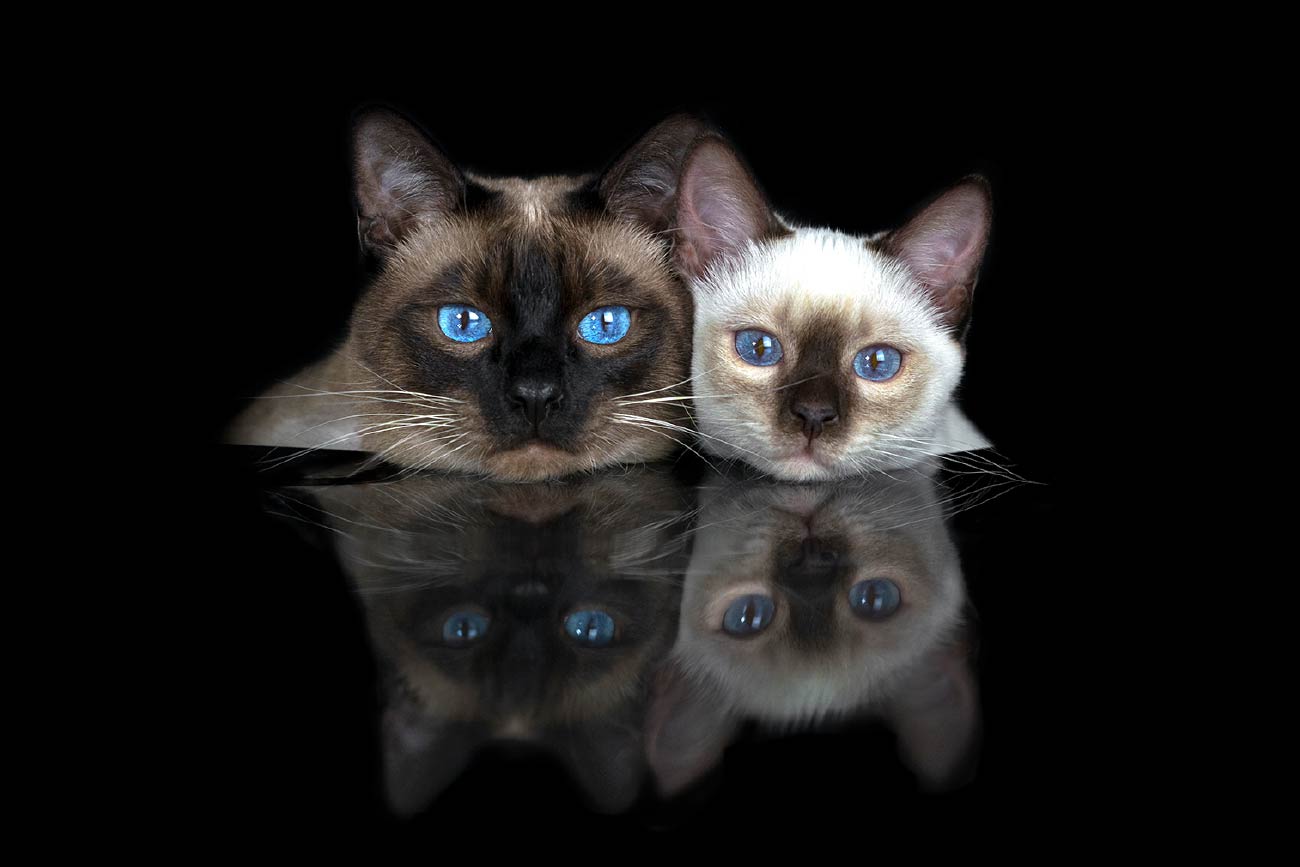 I also work as a volunteer. During the Covid pandemic, I brought to life the Facebook webpage ‘Aiutiamole ad Aiutarli’ for everyone who has worked tirelessly taking care of stray cats in cat shelters and have now lost their job because of the pandemic and are no longer able to afford cat food. The idea is simple and effective: no fundraising, just calls to provide these cat helpers directly with food. In just one month, it was a huge success to be able to organize food for five cat shelters.

Reflex Cats describes the unique style you have chosen. Tell us a little more about that.

I photograph on a black background because it accentuates the structure and texture of cat fur. The black background gives the impression that the animal is floating in an empty room, a method used by numerous photographers. I wanted to create my own unique personal style. That’s why I decided on a background that is black and at the same time shiny, which creates an atmospheric mirror effect that can be accentuated or reduced depending on what kind of atmosphere I am looking for. I named this style ‘Reflex Cats’ because of the pun with the word ‘reflex’ for reflection and single lens reflex camera. 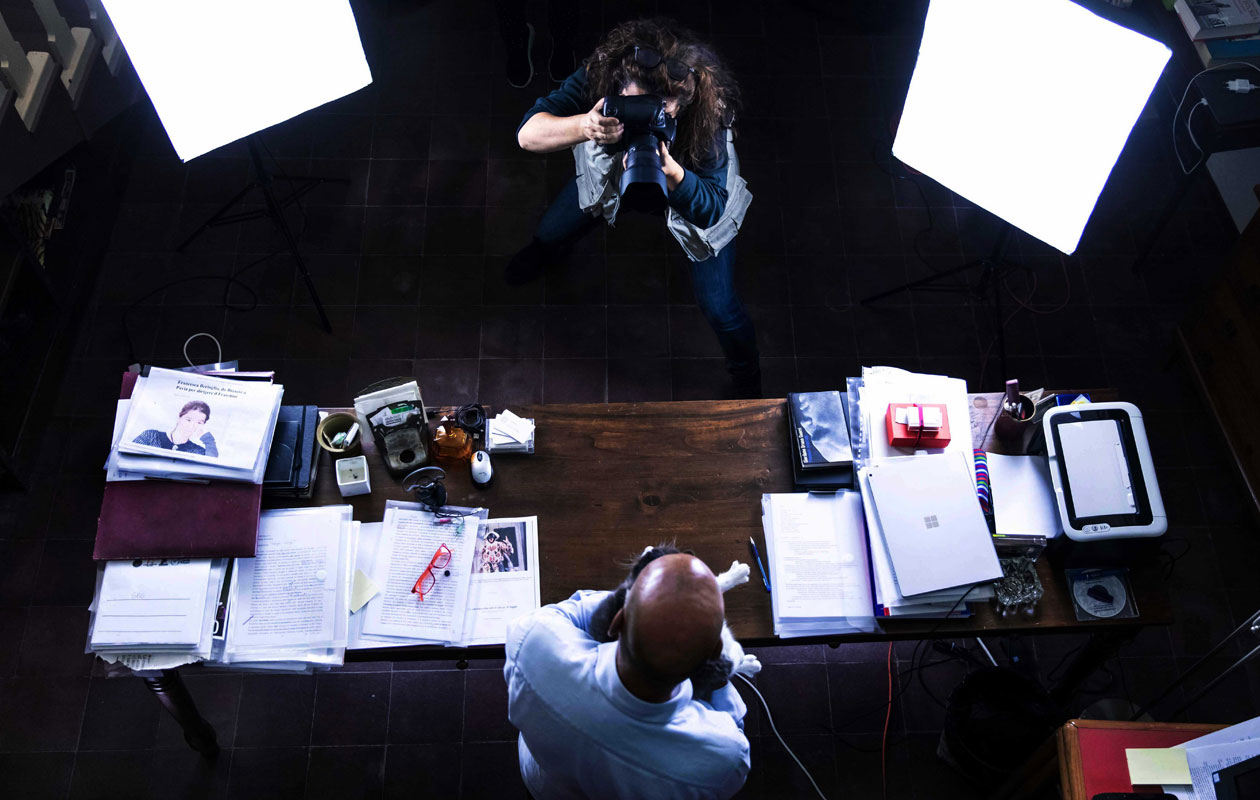 Why did you decide to go with an EIZO monitor?

Just like a good SLR camera and a high-end lens, an EIZO monitor is something I had wanted for a long time. When I started my career, I was not able to afford such high investment costs and had to focus on buying the necessary photography equipment first. As my professional career progressed and I received more contracts for art printing, my desire for a more powerful monitor grew due to a lot of lost time in the printing process; I was almost always forced to be physically present in at the printer, in order to control the required color fidelity. Nevertheless, I pushed back the purchase again and again with the false notion that it was less of a necessity and more of a luxury. 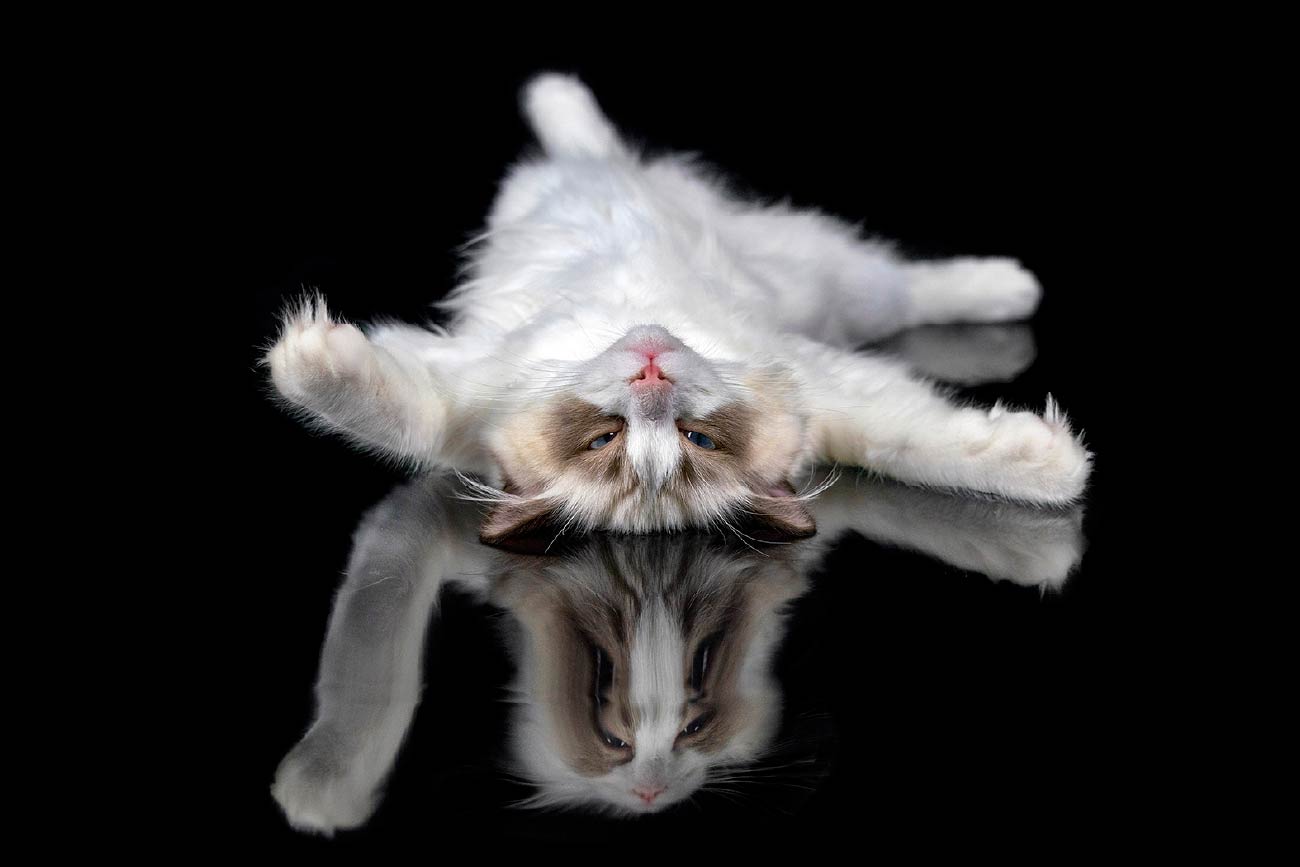 However, the following event pushed me to finally buy one. A few years ago, I was working for a magazine that dealt with historical photography, to which I sent my photos. However, the colors on the paper were not the way I had envisioned them. I was certain that my color management workflow was correct and so I asked for their printer’s color profile, believing that the problem had to be on their side. The photo editor, who was also a graphic designer, called me and said, “The problem is not with the printer. You’re not seeing all the colors on your photos. And when you can’t see them, you are not aware that they exist, let alone able to handle them properly. The only thing I can suggest is that you invest in a wide-gamut EIZO monitor.”

That’s how I learned my lesson, or to put it more simply, how I understood what I had done wrong. When I started to open files with the new monitor that had been worked on with the old one, to put it lightly, I was shocked by the inconsistencies. 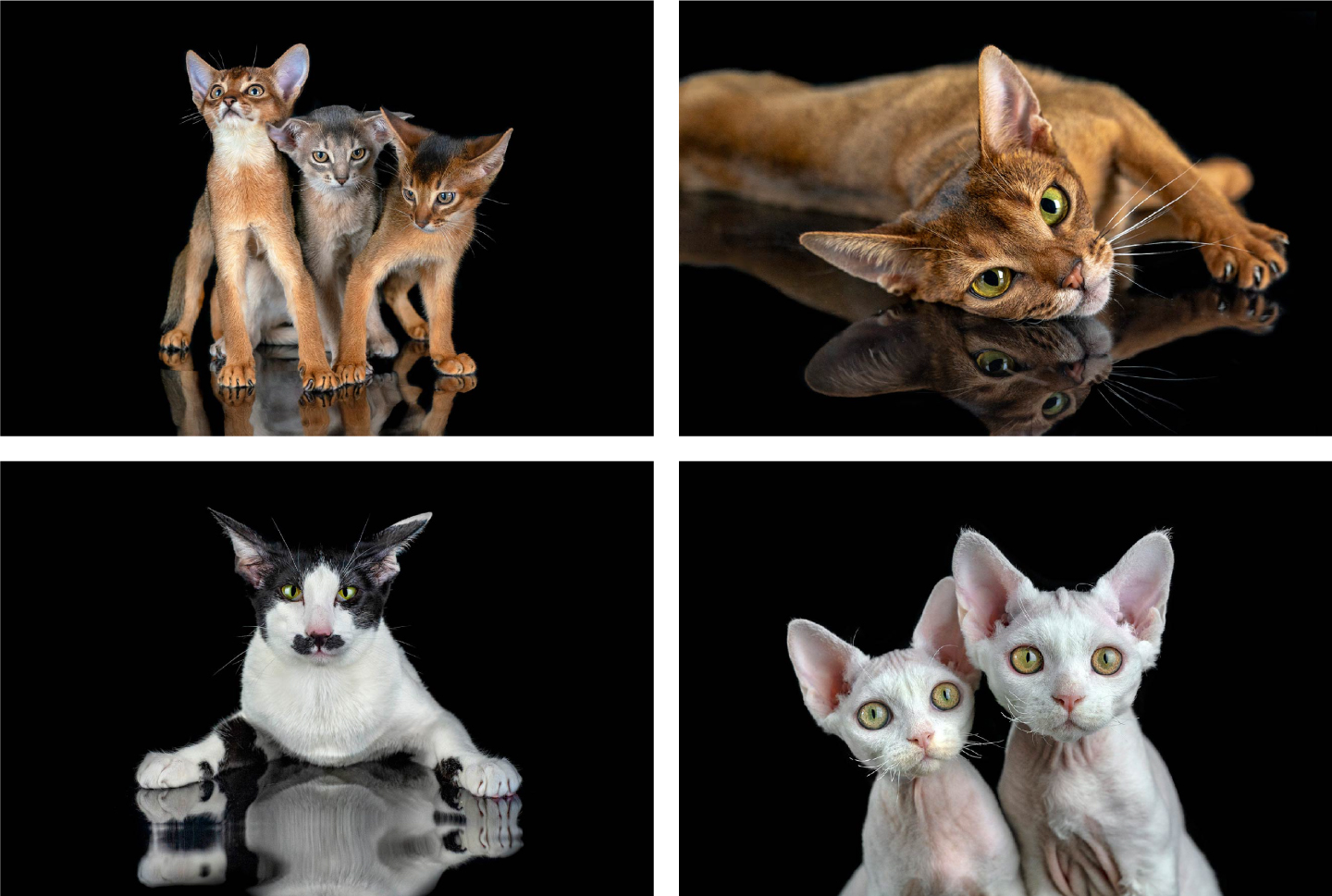 How did the CG2420 change the post-processing stage of your photographs in color, and in particular the appearance of the blacks?

The black background and the reflection give me great design potential for post-processing but also bring to light many problems in the representation of nuances, details and contrasts. Post-production is a phase that is very dear to me because it plays an important role in photos of certain cat breeds, for example, where single hairs have different shades and must be highlighted in a special manner. Perfectly representing fur hair is not as easy as it might seem. My clients, for example breeders, expect a specimen’s characteristics to be particularly visible. The CG2420 monitor and its IPS wide gamut LED technology, which not only creates a homogenous brightness, but also displays 99% of the Adobe RGB color range, guarantees accuracy and consistency. And that’s not all. For example, the monitor has an even wider color spectrum than Adobe RGB for the shades of red and blue.

Now, let’s talk about the color black. In terms of the contours of long-haired cats, very often I literally have to edit almost every single pixel in the areas between the hairs, in order to make sure the space between them is uniform with the black of the background. And not to mention the pixels around white whiskers. Despite the sharpness of the image, whiskers have to be edited such that they really appear black and not dark grey – as they unfortunately so often appear on mid-range LCD monitors – because the difference is immediately visible to the naked eye in large-format prints. 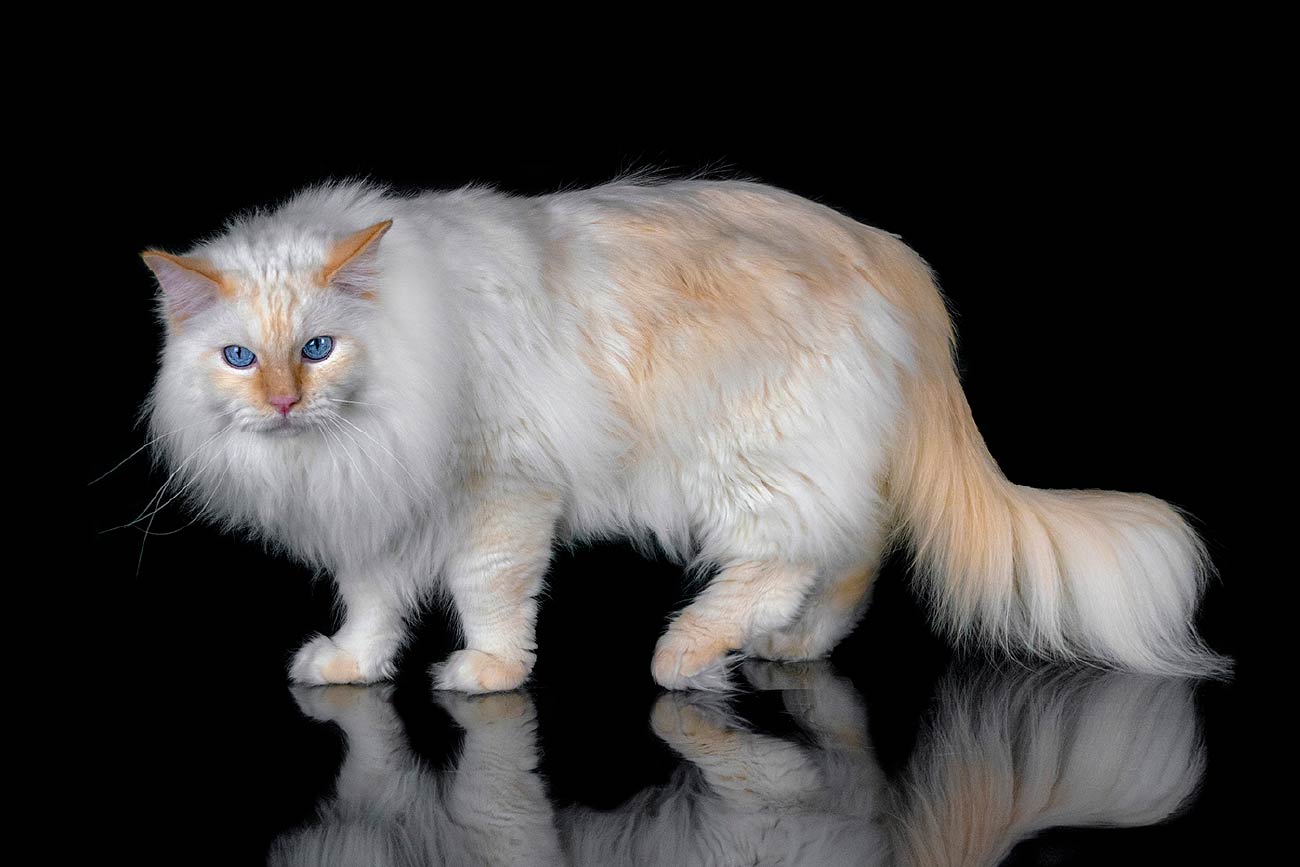 Therefore, black must absolutely be true black. Now that we’re on the subject of blacks, we cannot ignore the issue of monitor contrast, that is to say, the ratio between the darkest black and the brightest white that can be displayed on the monitor. Many data sheets list a high contrast. However, after analyzing these numbers, we don’t have any information about the monitor’s actual blackness and in many cases high ratios can only be achieved by increasing the brightness without taking into account the effect that has on the black level. EIZO ColorEdge monitors, including the CG2420, use the highly sophisticated true black technology, which automatically optimizes the contrast ratio and delivers deep, pure blacks. 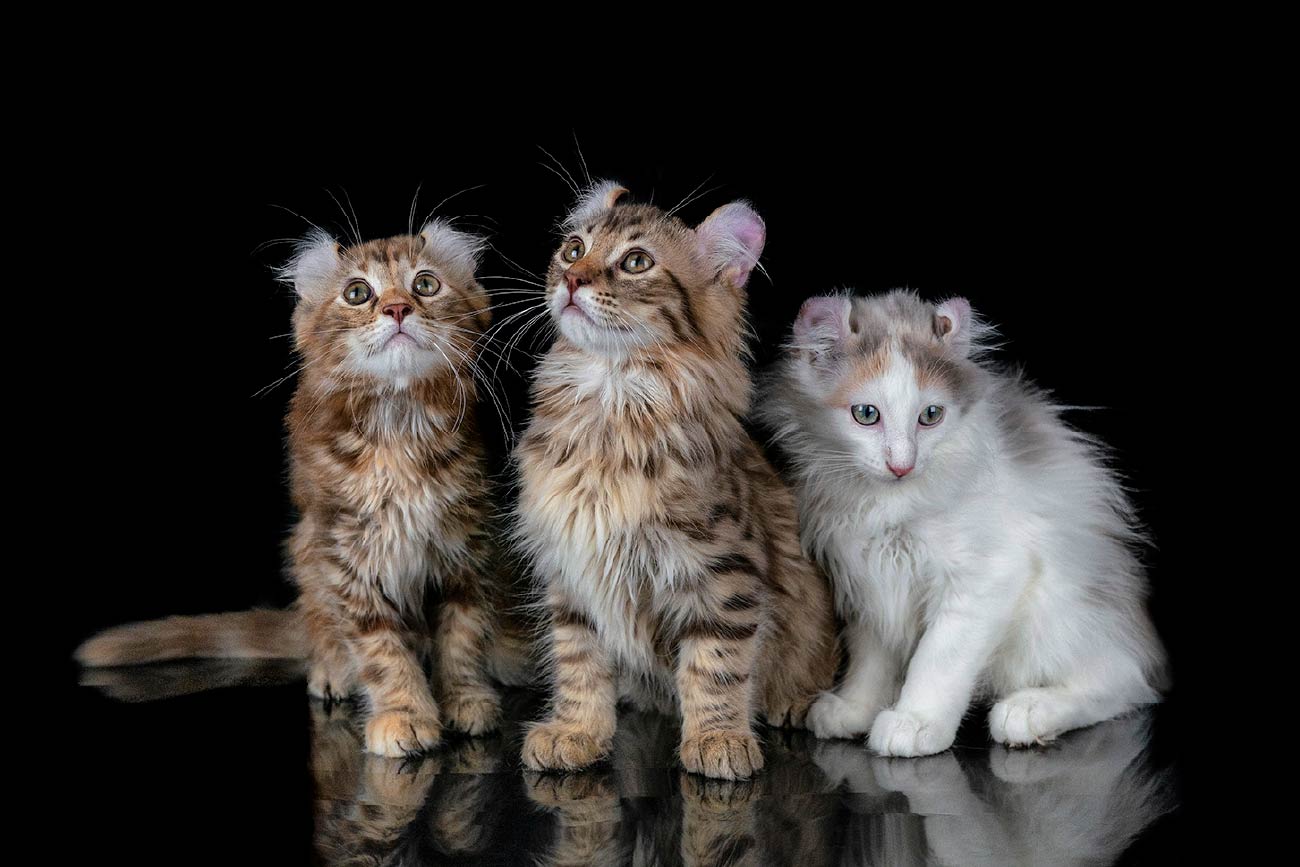