Sadowara High School creates a clean and restriction-free learning environment for its students. 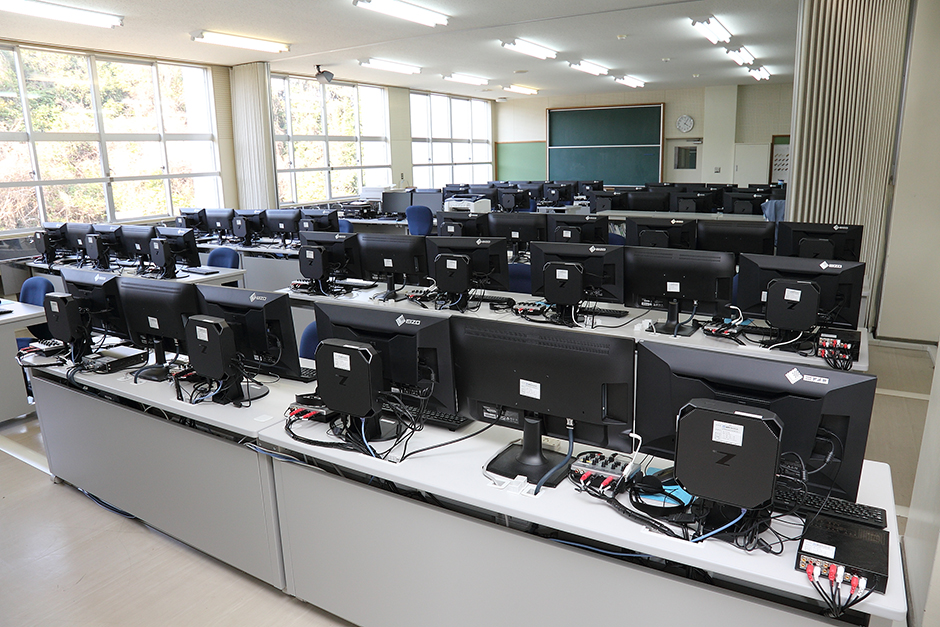 “We wanted to create an environment where creator software could be used comfortably with correct colors.”

While making your decision, did you have any problems or issues regarding computer equipment?

In the department of industrial design, each class consists of a maximum of 40 students, however we don’t have a classroom that is big enough to house that many computers. Until this recent upgrade we had been using computer workstations, however it’s very difficult to neatly arrange so many workstations and monitors together due to their large size.

Furthermore, when using 3DCG software, our previous workstations were really pushed to their limits. The fan noise and heat coming off of the workstations and monitors was a real problem. In summer, the air conditioning in our southern classroom was unable to cope, and we had to use fans in combination with the air conditioning to manage the heat. That was another point that we wanted to fix.

“We created an environment where in each class, every student has access to their own workstation.”

Did you have any difficulties during the installation process in the classroom?

The installation took place for multiple classrooms in August of 2017, and consisted of 137 Z2 Mini G3 Workstations, and 94 FlexScan EV2451 and EV2456 monitors. Each classroom used 43 of the HP Workstations, but all we had to do was place the EIZO monitors on the desk, as the workstations were attached to the back of the monitors with EIZO’s PCSK-03 stand bracket. 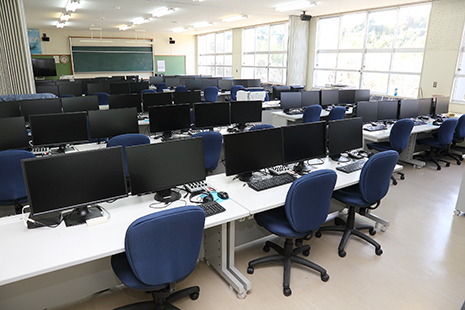 Were you able to solve your previous problems with this installation?

Yes. The biggest improvement from this new installation is that we were able to fit enough workstations and monitors to serve a class of 40 people. Of course the students were delighted by this, and the teachers are also happy with the change. 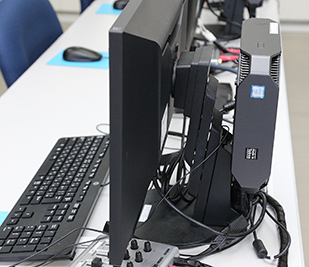 When I saw the Z2 Mini G3 Workstation, because it’s so small and stylish, at first I was concerned as to whether or not it was actually a powerful workstation. But as soon as I put it to work, I realized that it had no problem running heavy 3DCG and video editing software. The quality of the monitors is unquestionable, and even though the workstations are attached to the rear of the monitor, there is no wobbling or signs of unbalance.

Additionally, the fan noise and heat from our previous setup has completely disappeared. At first I wondered whether the small enclosure of the workstation would be able to withstand the heat put out by the PC. Conversely, due to several factors such as the new workstation being SSD (solid state drive) rather than HDD (hard disk drive), and using just an AC adapter instead of an entire power supply unit, the power efficiency has greatly improved. Likewise, we expect there to be far less malfunctions due to the reduced number of moving parts.

Apart from this, the fact that we can place the workstations on the rear of the monitors is a very smart idea. I think there are still several students who haven’t realized that the unit on the back is actually a workstation!

Not only were the previous problems erased, but the quality of the curriculum has improved.

After the installation, did you notice anything new?

Because we were able to build such a fantastic classroom, there’s been a big influence on the lesson planning. For example, previously the students would break into groups who would use the workstations in rotation while the teacher spoke. Now, we can teach everything all at once. Thanks to this the quality of lessons has improved, much to the delight of students and teachers.

Furthermore, in the industrial design department there has been in increase in the amount of students interested in video editing. First and second year students take a class that requires them to make a simple movie, but third years must create a three minute video for their graduation work. Nearing the end of the school year, there is an increased need for students to work on their projects after school.

Until now we distributed students across multiple classrooms and workstations, which was very stressful for the staff who had to constantly move between classrooms to supervise the students. Now all the students who wish to work after school can fit into the one classroom, making it much easier on the staff.

Tell us about your future installation ideas and ambitions.

According to Prefectural guidelines, we will probably upgrade the classrooms in approximately 6 years. Kids these days are very familiar with smart phones and tablets, so we expect that by that time there will a greater need for direct operation with LCD screen devices. If LCD tablets continue to be developed and improved like we see today, then the education of information technology will also change. 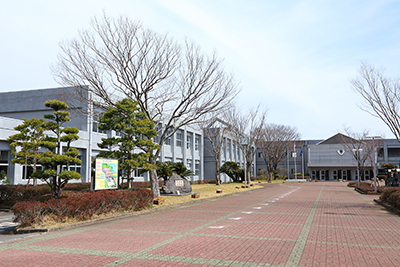 Sadowara High School opened in April 1988, and was celebrating its 30th anniversary at the time of this interview. “Independence, cooperation, and imagination” are the characteristics of this school which has raised many valuable and responsible members of society. It leads in creating specialized departments for various fields regarding the progress of information technology and the advancement of computers and development of applied technology. Thanks to this it enables students to learn a wide range of advanced fields used in information technology (IT) society. The school has a post-graduate employment rate of 100%, and was ranked number one technical high school in Kyushu, and number three nationwide. 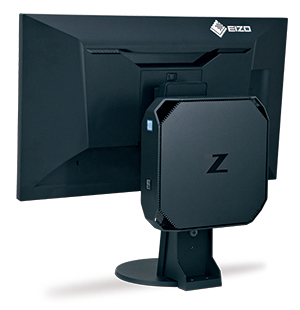 Within Japan, EIZO has been collaborating with Hewlett Packard to sell special packs that combine the HP Z2 Mini G3 Workstation with an EIZO FlexScan monitor (EV2451, EV2456, EV2785 and EV3285), along with the PCSK-03 stand bracket to attach the workstation to the rear of the monitor. This collaboration helps to provide compact and high performance computers and monitors for many organizations throughout Japan.